Power Rangers Battle For The Grid--Season Pass 3 Is A Go-Go, And New Fighters Have Been Revealed

Three more fighters are coming to the Power Rangers fighting game, adding some new fan favorites to the roster on Switch, PS4, Xbox One, and PC.

Power Rangers: Battle for the Grid, the 2019 fighting game featuring the sentai warriors from the hit series, is expanding with three new characters. A third season of DLC has been announced with a trailer, and while only two fighters have been properly announced, it's pretty clear who the third one will be.

The trailer below shows off Robert “RJ” James and Lauren Shiba, but the comments below the video have uniformly identified the third character, shown in silhouette, as Scorpina, a long-time villain in the Power Rangers mythos.

The first content from this pass should drop towards the end of June, and in addition to the three extra fighters, anyone who buys it will also receive a new Phantom Beast King character skin for Dai Shi and a Samurai Megazord ultra.

This follows several other updates and DLC packs for the game. In February, the game received online lobbies, and previous DLC fighters have included Lord Zedd and Eric Myers.

As of March, Battle for the Grid was available through Xbox Game Pass. It's also on Switch, PS4, and PC. 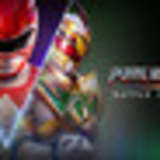 Power Rangers: Battle for the Grid
Follow
$15.09 on Walmart
Buy