Take-Two executives tell analysts that the Shattered Union and Railroad Tycoon developer has been merged with the Civilization studio.

Among the various nuggets of news revealed in the conference call following today's Take-Two Interactive earnings report is an item that relates to one of the publisher's internal studios. Speaking to analysts, executive vice president Cindy Buckwalter said that PopTop Software's operations had been merged with those of Civilization-maker Firaxis as a cost-saving measure.

"One example we gave was combining the two studios of PopTop and Firaxis," she said. "We think there's a lot of synergies between the studios that we can take advantage of."

Buckwalter did not say how exactly PopTop, developer of Railroad Tycoon 3 and last year's Shattered Union, would be merged with Firaxis. However, given the latter's larger size and greater prestige, it appears likely that the former will be folded into the Firaxis organization. Unfortunately, Take-Two reps were unavailable for comment on the matter as of press time. 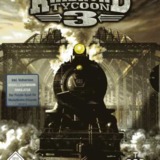