The Plants vs. Zombies developer loses its last co-founder.

John Vechey, one of the founding members of Peggle and Plants vs. Zombies developer PopCap, has left the studio and its parent company Electronic Arts.

"The future is bright for PopCap," Vechey said in a letter to the developer published on EA's official blog. "We have some amazing games live, with millions of people enjoying them every day. We have some great games in production, which will surprise and delight players over the coming year. We have a robust prototyping investment, which will fuel new brands and new games for PopCap for years to come."

Executive Vice President of EA Mobile Frank Gibeau said that PopCap is still working on an all-new Peggle game that we first heard about during a conference call with investors in July. He also mentioned that new concepts are coming from PopLabs, and "global opportunities" for PopCap brands like Plants vs. Zombies.

Vechey said that for now he will focus on working with the environmental non-profit Grist.org, where he is a board member, but that he might start a new company or join a bigger one in the future.

"The future is also bright for EA and I continue to believe in [EA CEO Andrew Wilson’s] vision of a company that puts its players first," Vechey said. "The best years are ahead for both EA and PopCap, and I look forward to watching development teams live up to what it means to be electronic artists."

Vechey replaced Dave Roberts as PopCap's CEO after he retired earlier this year. PopCap co-founder Jason Kapalka left with Roberts, while third co-founder Brian Fiete left back in 2010. Popcap was founded in 2000 and acquired by EA in 2011. 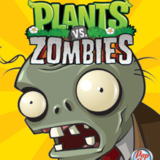