What they said: Sony has been a big proponent of 3D gaming, and after a year of supporting the technology and three firmware updates to the PlayStation 3, the console now boasts more than 50 compatible games. According to research, 42 percent of consumers are interested in gaming in 3D, but one of Hocking's primary concerns is now around "poor quality" 3D having a negative effect on consumers.

Citing poorly produced movies (although tactfully neglecting to name any examples), Hocking seemed concerned about the lasting impact substandard 3D could have on the market. He laid out some rules for games developers looking to make games in 3D, saying they needed to "embrace and exploit the benefits of 3D," and he gave case studies from high-profile internal studios by way of example.

Early 3D titles such as Wipeout HD employed a technique known as reprojection to render a 3D image, which was fast to implement and produced little extra processing but produced some 3D artefacts which were apparent to a keen eye. Later games, such as Killzone 3, were able to have 3D rendering techniques implemented at the start of their development, allowing developers to apply much more advanced dual-rendering techniques.

However, Killzone 3 developer Guerrilla still found that its first-person shooter required some fundamental tweaks to work in 3D--specifically in the crosshair, which needed to be drawn at a midpoint between the player and the target in order to preserve the 3D effect, and the gun, which needed to be blurred out to stop the player focusing on it. MotorStorm: Apocalypse had its own problems--the series' trademark shaky-cam had to be turned down to stop motion sickness in 3D, while all frame tearing had to be eradicated, because it made the game unplayable in 3D.

Though it sounds like a lot of work for developers to get 3D working in their games, Hocking claims that it costs only 2 percent or less of the overall development budget. He also claims that this investment will result in good-quality 3D in games--the sort that he thinks will drive further adoption of the technology in the future.

Takeaway: There is a difference between good 3D and bad 3D, according to Hocking. Implementing good 3D into games represents a small fraction of the overall development budget, and over the next few years, 3DTV production is going to increase dramatically. 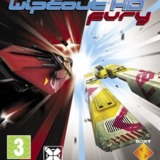