Pokemon Trading Card Game Has Its Own Co-Op Raid Battles

The Pokemon Company has shared a video and printable materials to help you set up your own cooperative TCG Raid Battles.

Raid Battles are a staple of Pokemon Go and Pokemon Sword and Shield, and now the Pokemon Trading Card Game is getting its own take on them. The Pokemon Company has shared a video detailing Pokemon TCG Raid Battles and what you need to set them up.

Just as in the Pokemon video games, TCG's Raid Battles are cooperative matches in which up to four people team up to battle one overpowered Dynamaxed or Gigantamaxed Pokemon. These boss monsters have a ton of HP and can unleash multiple attacks in a single turn, so all four players will need to work together to bring them down.

Each player brings only two Pokemon cards to the battle (no Energy or Trainer cards) and takes turns attacking the Boss Pokemon. After all players have moved, the host player will draw cards from the Boss Attack pile to determine what moves the Boss Pokemon uses and who it attacks. You can watch an overview of how Pokemon TCG Raid Battles work below.

To help you set up Raid Battles, The Pokemon Company has released a Digital Raid Assistant, which will track important information for you while you play. The Pokemon Company has also shared a detailed rules sheet and some printable materials--including Boss Pokemon cards, playmats, and more--to use; you can find them all on the official Pokemon website.

As for Pokemon Sword and Shield, the Switch games are in the midst of their own Max Raid event. Until July 31, Rock- and Steel-type Pokemon are appearing more frequently in Max Raids, including the Gigantamax forms of Coalossal and Copperajah. Meanwhile, the Legendary Kyurem is currently appearing in Raid Battles in Pokemon Go. 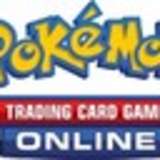