Pokemon Masters Is Light On Microtransactions, Heavy On Battling 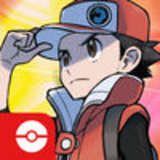 Back in May 2019, The Pokemon Company revealed another new Pokemon mobile game called Pokemon Masters. It's being developed by DeNA, who assisted on other Nintendo mobile games like Fire Emblem Heroes and Super Mario Run, Pokemon Masters is a lot more complex than you might expect. In some ways, it's like many other gacha-style mobile games, tempting you to play more with the promise of (possibly) pulling your favorite characters. But Pokemon Masters limits microtransactions to a small corner of the game, leaving room for a surprisingly involved story mode to show through.

I recently played around 45 minutes of Pokemon Masters, and it's not quite a pick-up-and-play kind of game. The actual narrative part of the story mode, like a lot of Pokemon games, is not particularly complex; you're a trainer in a new region called Pasio, where Pokemon Trainers form a "Sync Pair" with one partner Pokemon, and your goal is to become the Champion. But each chapter is broken up into several activities centered around battles, from point-and-click exploration of the region to boss fights against a famous Trainer. A big focus of the game is co-op play--it currently doesn't have a versus mode--but you have to go through a handful of story chapters to unlock the option of playing with others, because there's just so much to learn.

It's hard to come to grips with Masters' 3v3 battles if you're used to Pokemon's traditional battle format. You control all three Trainers on your side of the battlefield, as well as their Pokemon--Trainers have support moves they can use just like a Pokemon's moves. The type-matchup system is simplified in that each Pokemon only has one type and one weakness, and those weaknesses are displayed clearly in battle. The battles take place in real time, and moves are tied to a cooldown timer, so there's a lot to manage all at once. Do you wait until your move meter fills to three sections so you can use a more powerful move--but possibly get hit a bunch while you wait--or do you forgo attacking entirely in favor of healing a Pokemon or boosting its stats?

In co-op mode, you contend with all the same things and add human communication on top of it. You can play with friends and strangers near and far. Even in person, co-op play isn't easy; I was surprised at how close some of the battles ended up, even on the easier of the two difficulties available. There's also a special "unity attack" you can unlock if you chain enough attacks as a team without taking damage, which takes a bit of coordination or luck to execute.

In short: 45 minutes was not enough to completely wrap my head around Pokemon Masters' battles, and I spend quite a bit of my time thinking about Pokemon as it is.

The gacha part is much more straightforward. Masters features 65 Sync Pairs (a Trainer and their Pokemon) at launch, with a seemingly even distribution of characters from various points in Pokemon's history to appeal to a wide range of fans. You can unlock some of them during the story mode, I was told, but to get your favorites, you'll likely have to go "Sync Pair Scouting" and see what you get.

The only thing you can spend real money on is gems, a currency exclusively used for this gacha side of the game (you can also earn gems in-game, though we don't yet know how much you'll have to play to get enough for one Sync Pair pull). I spent around 20 fake dollars during the demo to buy enough gems for 10 pulls, so while the pricing may not be final, getting all 65 Sync Pair teams at launch could probably take a good amount of time and/or money. I did get Ruby and Sapphire's Flannery, though, which was my main goal.

Strangely, these microtransactions are sequestered in their own side menu, away from the story mode. They're unobtrusive and largely seem optional if you just want to go through the story mode; you can buy any items you might need, for example, with a different in-game currency. The benefit of going Sync Pair Scouting is potentially unlocking a more powerful pair or powering up one you already have by pulling a duplicate, but the microtransaction system seems very quietly utilized. I'll have to play more to know for sure, of course, but it has a certain "Pokemon is for everyone" air to it.

Pokemon Masters is coming soon; it's set for a Summer 2019 launch on iOS and Android, though the exact date hasn't yet been announced. Pre-registration for the game is now open on both Google Play and the App Store.