There's never enough creature-collectors to seek your teeth into, and Monster Crown looks to be an RPG that will scratch that old-school Pokemon itch.

After more than a year in Steam Early Access, developer Studio Aurum has announced that its Pokemon-like creature collector Monster Crown launches on PC and consoles on October 12.

The developer shared a four-minute video announcing the release date on YouTube. The video features the developer's journey of creating Monster Crown, from their Pokemon inspirations to their monster-taming obsession. It culminates with the news that Monster Crown will be available digitally and physically on October 12 for Nintendo Switch, PC, PlayStation 4, and Xbox One. (It's possible the game may be available on PlayStation 5 and Xbox Series X|S through backward compatibility.)

Monster Crown is a creature-collector much like the Dragon Quest Monsters or Pokemon franchises (or even Temtem). It takes places on Crown Island, a remote place with a history of tyranny threatened by a young woman vying for total control. To stop her, you must form pacts with over 200 monsters to train and battle against the island's enemies, which include other monsters and trainers.

Though the trappings sound similar to Pokemon, Monster Crown comes with a unique twist: you can fuse monsters together to create your own species.

Monster Crown also has online elements, like battling and trading, as well as RPG-esque decision-making points that affect the ending. On Steam, Monster Crown has a "very positive" review rating.

Monster Crown was introduced in April 2018 via a Kickstarter campaign seeking just $5,000. In 28 hours, the campaign was fully funded and eventually capped at over $45,000 a month later. 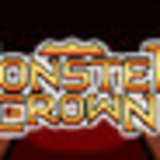