Members can save on some classic Pokemon spinoffs.

Pokemon Ultra Sun and Ultra Moon may still be a few months away, but Pokemon fans have a few titles to look forward to soon. On September 22, the Pokemon fighting game Pokken Tournament DX launches for Switch, and alongside it, the classic Gold and Silver versions will arrive in the 3DS Eshop. To commemorate the upcoming releases, Nintendo has announced some new Pokemon-themed rewards for My Nintendo members in the US.

As is typically the case, the rewards come in the form of discounts for select Wii U and 3DS games. On the former console, players can snag a 30% discount off the excellent Game Boy Advance spinoff, Pokemon Pinball: Ruby & Sapphire, and 20% off of the Wii download, PokePark Wii: Pikachu's Adventure. 3DS owners, meanwhile, can save 30% on the series' Game Boy Color puzzle game, Pokemon Puzzle Challenge.

Each reward is available until November 23. The Pokemon Pinball and Pokemon Puzzle Challenge rewards both cost 20 Gold points apiece, while the PokePark Wii discount can be yours for 400 Platinum points. My Nintendo members can also grab a Pokken Tournament DX-themed September calendar for their PC or smartphones for 50 Platinum points, though it will only be available until September 30.

Beyond the Pokemon rewards, My Nintendo members can still snag discounts on a number of other Wii U and 3DS games. You can find the full list of rewards that are currently available here, but some notable ones include:

Nintendo of Europe also has its own Pokemon sale going on right now. For a limited time, 3DS owners in the region can get a discount on Pokemon Red, Blue, and Yellow versions. All players can save 20% on the titles, bringing them down to £7.19, while those who've linked their Nintendo Network ID to their Nintendo Account will save a more substantial 36% off instead. The trio will only be on sale until September 4. 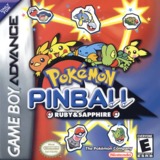