Sony announced that the PlayStation VR will release on October 13, 2016. Retailing for $399, the VR system will feature 50 launch titles. The announcement was made at Sony’s E3 press conference.

In addition to the launch date announcement, Sony showcased a plethora of new VR games on the stage. The titles include:

We’re at Sony’s E3 press conference and will be at the E3 2016 showfloor all week, so expect more PlayStation VR coverage in the coming days. 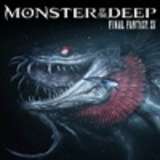