Get your online trophies while you can!

Both Freedom Wars and Soul Sacrifice: Delta servers will shut down on December 24. They were both PlayStation Vita exclusive titles developed by Japan Studio for the handheld system.

PlayStation Japan broke the news for both games on their respective pages on November 19. Freedom Wars and Soul Sacrifice: Delta were released on PlayStation Vita back in 2014, and the final message in the termination announcement was, "We would like to thank all of our players for enjoying the network play of this game."

Right now, only PlayStation Japan has announced the server closures, so it's unclear whether they will also extend to other regions as well. However, it wouldn't be surprising if an official confirmation came soon.

Sony has been slowly sunsetting the functionality of legacy systems and content. Earlier this year, Sony announced that it would be shutting down the PS3 and PS Vita digital storefronts, but reversed the decision after fan backlash. Sony did, however, remove payment options from the digital storefronts last month, making it harder to purchase PS3 and Vita digital content.

In GameSpot's Soul Sacrifice review, Jeremy Signor said, "It's not without its problems, but Soul Sacrifice's strong identity and rewarding commitment to the decision-making process are reason enough to try your hand at ridding the land of foul archfiends."

In GameSpot's Freedom Wars review, Signor also said, "Once you get the hang of the complex controls and slight camera issues, you're in for a breathless, exhilarating time staring down giant robots, outmaneuvering your rivals, and rescuing your betters." 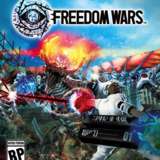