A free copy of Velocity Ultra joins Mercenary Kings on PS4, Pixeljunk Monsters on Vita, and Arkham City, Stealth Inc, and Castle of Illusion on PS3.

Sony is mixing up its Instant Game Collection for PlayStation Plus subscribers in North America today, introducing cult hit Velocity Ultra for the Vita.

Originally released as a PlayStation Mini in 2012, UK developer FuturLab jazzed up Velocity for re-release on Vita in early 2013. It's well worth a look, and I enjoyed it immensely.

The game joins PlayStation Plus as part of Sony's April lineup, which also brought with it Pixeljunk Monsters Ultimate HD on Vita, Mercenary Kings on PS4, and Batman: Arkham City, Stealth Inc. A Clone in the Dark, and Castle of Illusion Starring Mickey Mouse on PS3.

Also on PlayStation Plus this week is a range of deals on titles such as Metal Gear Solid HD Collection, Persona 4 Golden, and Rain. You can see the full list on the PlayStation Blog.

Sony announced its May lineup for PlayStation plus last week, which includes the PS4 debut of Stick it to the Man, which I've also been told is genuinely hilarious.

The publisher also noted that Batman: Arkham City and Mercenary Kings will depart PlayStation Plus next week, on May 6.

Sony tends to stagger additions to its PlayStation Plus lineup in North America, whereas in Europe it more commonly adds new titles (and removes old ones) in one monthly swoop. 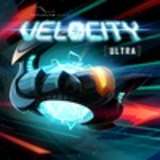