Sony says once-dominant workhorse "shows no signs of slowing down" as it celebrates milestone, touts hardware's catalog of 10,000 games and 140 million installed base.

Nine years ago this week, Sony launched the PlayStation 2 in the US, sporting a $299 price tag and a launch-day library of more than two dozen games, including hits like Madden NFL 2001 and Tekken Tag Tournament.

The gaming giant marked the anniversary today with a stat dump celebrating the long-term success of the PS2. According to Sony Computer Entertainment America, the console has a worldwide installed base of nearly 140 million, with a library approaching 10,000 games having sold more than 500 million copies combined.

Although Nintendo's GameCube and Microsoft's original Xbox ceased production years ago, Sony today declared that the PS2 "shows no signs of slowing down" at the tail end of its 10-year life span. However, with the introduction of the current generation of consoles, its sales have slowed in recent years. According to the NPD Group, the PS2 sold 146,000 last month, down from 173,500 in September 2008 and 215,000 in September of 2007.

The slimline PS2, introduced in 2004, remains available on store shelves for a retail price of $99. The system finally reached the double-digit price point April 1, more than eight years into its life span and nearly five years after the move was first rumored. The low price has helped convince publishers to continue developing for the platform, with DJ Hero and MotorStorm Arctic Edge among recent PS2 releases. 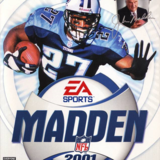