Plants vs. Zombies shooter has no microtransactions at launch, probably doesn't run in 1080p

PopCap producer Brian Lindley says Garden Warfare will "definitely" not have in-game payments at launch, and is coy about resolution.

Plants vs. Zombies: Garden Warfare, the upcoming team-based third-person shooter based on the popular strategy franchise, will not feature any microtransactions at all, at least not at release next week for Xbox 360 and Xbox One.

"So we're not going to have any microtransactions at all at launch," PopCap Games producer Brian Lindley told GameSpot at a recent press event.

Following the release of Garden Warfare, Lindley explained that PopCap will look at in-game metrics and player feedback to determine how best to move forward. This could include offering in-game payments, but one thing is for sure: microtransactions "definitely" won't be available at launch.

We've reached out to PopCap for further clarification about Garden Warfare's resolution and received this roundabout response: "On next-gen consoles, players can experience all EA games at 1080p. Some are rendered natively, others are up-scaled by the next-gen hardware systems. Either way, the visuals are stunning and the gameplay is impeccable, regardless of platform."

Garden Warfare is extremely different than past entries in the franchise and fans of the series were probably taken by surprise when it was originally announced. This played right into PopCap's hand, Lindley said.

"I don't know that it does," Lindley said when asked if the Plants vs. Zombies series needed a shooter. "We thought it was a good idea; turns out it's a lot of fun. I think we've proven the concept that it works. This game wasn't needed by anybody, but I think that's the great thing, when you surprise people."

Right now, Garden Warfare is confirmed only for Xbox 360, Xbox One, and PC. Could the game be released on Sony platforms like the PlayStation 3 or PlayStation 4 someday? There's no plans right now, but Lindley has a never say never attitude.

"We have nothing to announce at this point, but I always caveat that with the comment that we want to get this game in the hands of as many people as possible," he said.

Finally, in the wake of rampant and frustrating SimCity and Battlefield 4 server issues, we asked Lindley what PopCap has done to ensure Garden Warfare's release will go off without a hitch.

"We've tested extensively; a lot of stress testing and...make sure everything is buttoned up and ready for launch as much as possible," he said. "So it really just comes down to preparation. Obviously, we cannot predict what's going to happen once a product is live, but [we've been] very diligent testing and making sure that when we launch, that's as smooth as possible. If there are any bumps we're going to dig into those as soon as possible."

Garden Warfare supports 12v12 competitive multiplayer and runs on the Frostbite 3 game engine, which powers titles like Battlefield 4 and Need for Speed: Rivals. The game, which launches February 25, will cost $40 on Xbox One and $30 for Xbox 360 and PC. For more on Plants vs. Zombies Garden Warfare, check out GameSpot's previous coverage. 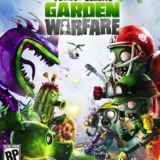