The New Jersey restaurant Freddie's "is trapped in a sea of never-ending telephone calls, and it is hurting business."

A real-world pizza place in New Jersey is being overrun by calls from gamers asking if the restaurant has anything to do with the video game Five Nights at Freddy's. It doesn't.

Asbury Park Press (via Kotaku) reports that the pizza joint in question, Freddie's Restaurant and Pizzeria in Long Branch, is seeing its phone lines ring off the hook--but not always for pizza orders.

"The calls are from children nationwide, who want to know if Freddie's is, in fact, Freddy's Fazbear Pizza, the setting for a popular online video game called Five Nights at Freddy's," the report said.

"Freddie's is trapped in a sea of never-ending telephone calls, and it is hurting business. The restaurant added phone lines. It shifted employees around to handle incoming calls," the report added. "And its regular customers have had trouble getting through to place their orders."

The restaurant opened in 1944 and continues to be family-run to this day.

Simply changing its number might be a bad idea for business. New Jersey Restaurant & Hospitality Association president Marilou Halvorsen said, "Think about much business would be lost" if Freddie's were to get a new number.

"That number has been in existence for so long, and then all of the sudden you change the number and people think you're out of business. It's not that easy. Hopefully, it will die down," Halvorsen said about the huge volume of non-order calls.

How many calls are actually being placed? More than you might think.

"I've never seen anything like this," said a waitress who has worked at Freddie's for 34 years. "You can get 200 calls in an hour. It's very annoying. You try to do your job, and you keep picking the phone up."

Freddie's has added new telephone lines to compensate for the huge influx in calls. Additionally, employees examine the caller ID in an attempt to get an idea who wants pizza and who wants to know about fictional animatronic bears.

This Five Nights at Freddy's problem isn't unique to Freddie's in New Jersey. A pizza place in Roseville, California--Fast Freddie's Pizza & Pasta--is also being inundated with calls about the video game, the report said.

Go to the Asbury Park Press to get the full story.

A new game, Sister Location, is due out this fall. You can watch an ultra-creepy trailer for it here. 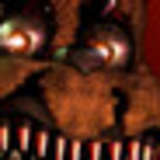