Q-Games is working on the most ambitious PixelJunk game to date, and the first to debut outside of Sony's PlayStation Network.

18 Comments
Where to buy
Nom Nom Galaxy
$7.34 at Fanatical
GameSpot may get a commission from retail offers.
Click To Unmute
PixelJunk Inc. Official Trailer
Share
Size:

Q-Games' latest project, PixelJunk Inc. (formally dubbed "1-6"), will most certainly be compared to games such as Minecraft or Terraria, but it could also be characterized as a multiplayer open-world platformer built on mechanics from the tower-defense and real-time strategy genres. In other words, Inc. draws inspiration from a lot of sources, but it's also a distinct mix of outlandishly jovial concepts and vibrant hues that fit perfectly into the PixelJunk portfolio. Q-Games is earnestly crafting Inc. into a complex and nuanced game, and though you wouldn't be blamed for questioning its cohesiveness in light of the multifaceted gameplay, the company has one operating rule moving forward: if it's not fun, it doesn't stay in the game.

Q-Games has shared a smattering of details from Inc. throughout its development, not the least interesting of which is the game's atypical challenge: craft an incredible machine of pneumatic tubes, robots, and factories in the name of making and selling soup to aliens. Never mind the reason (soup is delicious and valuable); the process is what's important.

Before diving into the complicated mechanics involved in getting your soup base up and running, it's important to note that the control scheme is grounded in simple 2D platforming mechanics. You run, jump, and occasionally plummet to your death, but you also wield a multipurpose laser that can deconstruct objects into pure matter, one of the handful of resources you'll have to manage while fueling the growth of your empire. Prior to establishing your base of operations, you'll spend most of your time clearing paths through subterranean environments in search of readily available ingredients for your soups-to-be. It's not all fun and spelunking, though: poisonous gasses, insidious plant-life, and gigantic rampaging beasts lured to your increasingly noisy activities all pose a threat to your galactic soup empire. Then again, these threats are also potential sources for rare and valuable ingredients when handled with care. 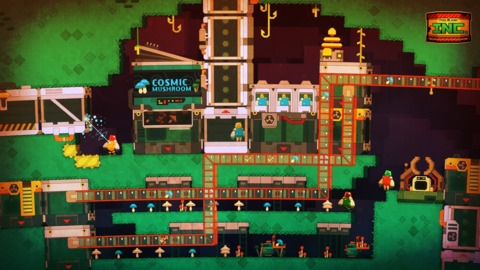 As in real life, the rules of physics and biology can be your greatest enemy, or your best ally. Mushroom spores fall and give rise to a new generation of mycological growth, just as gas-emitting weeds crop up from neglected soil over time. As threatening as a gas-spewing plant sounds, you may be able to channel its intoxicating aroma to lure rare creatures closer to your base to mitigate the burden of the hunt. Managing the conservation of energy is equally as important as bending the world's ecological tendencies to your will, and it's one of the harder processes to automate since it affects every facet of your operation. Your base doesn't run on soup dreams and chowder wishes; every device needs electricity, and generators require a constant supply of matter to keep their wheels turning.

Your ability to farm ingredients and the efficiency of your production line are quite modest at the start, but it's not hard to improve upon these qualities by constructing an assortment of buildings, contraptions, automatons, and vehicles. Every creation begins with a blueprint, of which you possess only a few at the start, but it's enough to take your first steps as a burgeoning soup mogul and bring in some much-needed cash. Reinvesting your profits is a foregone conclusion if you want to grow any business, and in Inc., you have to choose between exploring new avenues for construction and diversifying your soup-folio by licensing exotic and potentially lucrative recipes, among other opportunities.

The potential merits of any investments ultimately lie in your hands, and learning how to manage this nonlinear approach to development looks to be one of the most challenging and exciting aspects of Inc.'s gameplay, especially when group dynamics come into play. You have a surprisingly granular level of control over the scale of your operation and the capabilities of your creations, which enables you to fine-tune the depth and complexity of the overall experience. For example, every building, robot, and object you create serves a single purpose; a robot designed to cut mushrooms is different from a robot designed to gather said mushrooms. In essence, you have the choice to carry out these tasks manually or automate distinct actions one by one. 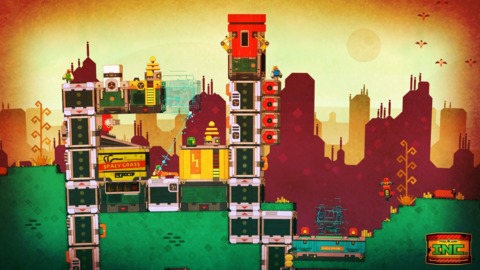 By adhering to a creed of monotonicity, the base-building system is designed for flexibility. The dual-robot solution in the scenario outlined above is certainly viable, but why not build a pneumatic tube leading to the soup factory immediately above the mushroom patch? It's probable that you've already acquired the blueprint for the ever-useful pneumatic tube, and you can use the funds reserved for your gathering bot on other areas of research and, ultimately, styles of play. Were PixelJunk Inc. strictly a solo experience, it's hard to say how far one mind could take that potential for variety before hitting a wall, but when multiple opinions and visions are involved, it's easy to see how no two instances of Inc. will evolve the same way.

Co-op is handled by a host-client structure, and the limits of your party will probably fall on the strength of the host's PC, but Q-Games' wish is that any machine that meets the minimum specs can at least handle four-player co-op. All resources and lives (clones from the clone factory) are communal, so communication is key when designing and conforming to a particular vision for your base of operations. Of course, you could always troll your teammates by messing with resources and neglecting to preserve the finite stock of clones, but outside of the planned, casual Explorer mode, running out of clones will erase all of your team's progress, and with it, any hope that you'll be invited into the next session.

Aside from the potentially never-ending Explorer mode, Inc.'s endgame is still up in the air. The current plan is to implement something similar to a "wonder" from the Civilization series: an involved construction project that represents the culmination of your hard-earned skills and economic stability. It could be a large spaceship that ferries your team into space in search of new planets and business opportunities, for instance. All of the gameplay shown during the demo at Q-Games consisted of subterranean worlds, but there were plenty of sketches for various extremes, including a series of asteroids with unusually low gravity, and submerged planets that require the use of submarines. 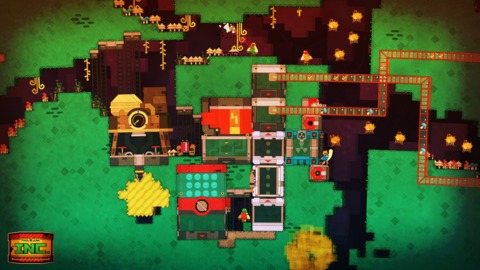 Anyone with a Windows PC can take a stab at Inc.'s genre-bending gameplay when Q-Games sets the alpha version live on Steam later this year, but the big news is the company's commitment to support Mac and Linux versions down the road. Since the game is for the PC, mouse and keyboard support is a given, but Inc. is also optimized for the Xbox 360 controller. Considering this, Inc. could potentially land on other platforms in the future. Q-Games' Rowan Parker was quick to point out that console ports aren't a part of their current vision, but they shouldn't be ruled out as a possibility given proper demand. It's easy to speculate how Inc. might shine on a controller/touch-screen hybrid device, such as the Vita or the Wii U's GamePad, but the Steam version of the game has one advantage over all other platforms: mod support through Steam Workshop. Take one look at the Skyrim modding community, and it's easy to see the potential for modifying a game as modular as Inc. Did someone say "exploding sausage bison"?