The enhanced port of the Wii U gem releases October 30 for $60.

The Switch's library has long been bolstered by some of the Wii U's best games. This gives underappreciated games like New Super Mario Bros. U, Mario Kart 8, Donkey Kong: Tropical Freeze, and the upcoming Super Mario 3D World new life on the incredibly popular hybrid console. This fall, another wonderful Wii U game will arrive on Nintendo Switch, and it's one that certainly deserves a wider audience. Pikmin 3 Deluxe, an enhanced port of the 2013 real-time strategy game, releases this today, October 30 on Nintendo Switch for $60.

Rather than waiting for the next Nintendo Direct, Nintendo chose to announce Pikmin 3 Deluxe with a charming trailer on a random Wednesday. Additionally, Nintendo has announced they will release a Pikmin 3 Deluxe demo, progress in which transfers to the full game. Playing the demo will also unlock the new Ultra-Spicy difficulty from the start, allowing veteran players a new challenge. Like other ports of Wii U games, Nintendo has priced Pikmin 3 Deluxe at the full $60.

In the GameSpot Pikmin 3 Deluxe review, editor Kevin Knezevic praised the hint system and co-op, as well as the increased focus on varied approaches, citing that the core game has aged well. "Although Pikmin 3 Deluxe may not offer much in the way of substantial new content, the game still holds up wonderfully thanks to its unique gameplay and carefully constructed levels, and the tweaks and additions that have been implemented here help smooth over the whole package for newer players," he wrote. "Even three installments in, there is no other series quite like Pikmin, which helps Pikmin 3 still feel fresh seven years after its original release." 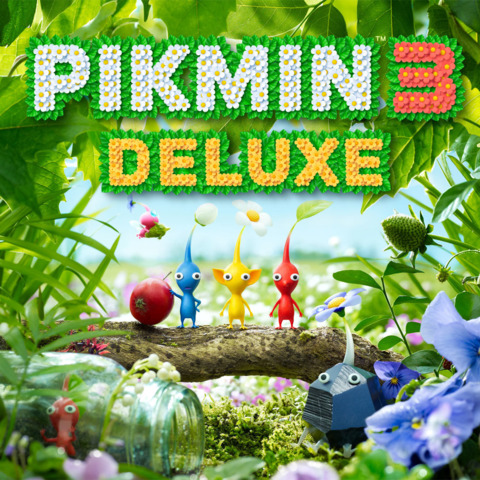 Pikmin 3 Deluxe is available at Best Buy and Amazon for $60. You can also get a digital copy on the Eshop.

In addition to all of Pikmin 3's previously released DLC, the deluxe edition comes with prologue and epilogue missions starring Olimar and Louie. The whole adventure will support two-player local co-op, and there will also be more difficulty options to pick from. Quality-of-life improvements such as lock-on targeting and a hint system have been added, and the new Piklopedia provides details about the inhabitants of Pikmin 3's world.

The original Wii U release earned an 8/10 in GameSpot's Pikmin 3 review, with critic Tom McShea praising the art design, exploration, and compelling combat.

For longtime fans of the real-time strategy series, Pikmin 3 Deluxe will hopefully fill the void until the next mainline game releases. Nintendo said Pikmin 4 was far along in development in 2015. Last we heard, back in 2016, it was still in the works, though no update has been offered on its progress since.