Piano Opera Final Fantasy IV/V/VI on sale this May

Square Enix recently announced the follow-up to its recent piano arrangement album, Piano Opera Final Fantasy I/II/III. The new album is called Final Fantasy IV/V/VI and is set to be on sale on May 16.

The album will retail for 2,800 yen ($35) and will be on sale at Square Enix's e-store, Amazon.com, and the Sony Music online store. Highlighted tracks include "Theme of Love" from Final Fantasy IV and the main theme from Final Fantasy V. While the tracks were originally composed by Nobuo Uematsu, the arrangements will be done by Hiroyuki Nakayama.

The Piano Opera series were created to celebrate the 25th anniversary of the Final Fantasy series. For more information on the track list of the album, check out the official site. 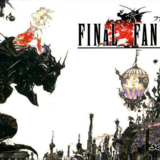