Obsidian Entertainment entered into a mutually beneficial partnership with Microsoft back in 2018, thanks to efforts by Xbox's top gaming brass.

One of the major acquisitions that Microsoft made when it began bolstering its number of first-party studios several years ago was Obsidian Entertainment. The studio behind Neverwinter Nights 2 and Pillars of Eternity joined the Xbox games division in 2018, in a deal that was initiated by Microsoft.

Microsoft wanted games; Obsidian wanted creative freedom to develop the types of games that it was passionate about. Four years later, that deal has seen the company produce the well-received RPG The Outer Worlds, survival video game Grounded, and start work on Avowed, a new fantasy RPG that will be exclusive to Xbox Series X|S and PC.

According to Obsidian studio head Feargus Urquhart, Xbox's acquisition philosophy and a promise to allow the studio to retain its creative freedom and culture were key selling points for the deal back in 2018. A meeting with Microsoft Studios head Matt Booty and then-Xbox senior director of business development Noah Musler helped convince him to join the Xbox team, but it was Microsoft Gaming CEO Phil Spencer who helped seal the deal.

"I didn't know Phil Spencer well at that time, I probably only talked to him once or twice up to that point," Urquhart said to IGN. "But what's so interesting with Phil is he is this--I don't know--I don't want to say 'persona' in the end, because he is Phil Spencer and because he runs all Microsoft games. But now knowing him, and even what I knew about him back then, his reputation was just someone who was authentic and someone who doesn't BS and loves games. And that was the trust in that."

From there, Obsidian was brought into the fold and joined Ninja Theory, Playground Games, and several other studios that year to help form a "new Microsoft" for developers. In last week's Xbox and Bethesda Showcase, Obsidian showed off more of its work, which includes bringing Grounded out of early access and Pentiment, which is being helmed by longtime director Josh Sawyer.

Described as a murder mystery set in the 16th century, Pentiment has a unique look inspired by feudal manuscripts of the time and is scheduled to release on Xbox consoles and PC later this year. 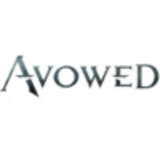