Phil Fish Selling Rights to Fez After Being Hacked

Fish is offering the rights to Fez and his company following vicious online harassment.

Fez developer Phil Fish said that he's leaving the games industry and selling the rights to Fez and his company Polytron after hackers obtained and posted his personal information online.

"I would like to announce that Polytron and the Fez IP are now for sale," Fish said on his Twitter account. "No reasonable offer will be turned down. I am done. I want out. RUN AWAY. Just don't do it. Give up your dreams. They are actually nightmares. Nothing is worth this. To every aspiring game developer out there: Don't. give up. It's not worth it. This is your audience. This is videogames."

Fish was hacked following his public support of Depression Quest developer Zoe Quinn, who's been harassed online this last week as well. Some of Quinn's personal information, including her Dropbox cloud storage account, was also posted online.

Fish announced Fez II in early June 2013 at the Horizon Indie Game Conference in Los Angeles, but announced its cancellation shortly after. 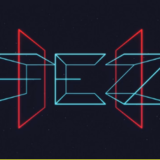