Hackers are spawning in unexpected ghosts as a new form of harassment.

Ghost-hunting game Phasmophobia has become a surprise hit since it launched in early access, especially among Twitch streamers who are getting into the spirit of Halloween. Unfortunately, the game appears to be plagued by hackers, with some now appearing to target the lobbies of players who are live on stream. They actually make the game a little scarier. It just isn't in the way the designers intended.

As a PVE game, Phasmophobia hasn't implemented anti-cheat, but some players are calling for it to be added to cut down on hackers who are making the game unenjoyable for others. At its most innocent, hacks can be used to increase the number of players allowed to join a lobby for those who want to play with more than three other people, but the hacking tools are also being used for harassment. A Google search currently turns up numerous YouTube videos and forums providing guides on how to hack the game.

Multiple Twitch streamers have had their private lobbies raided by hackers, who then spawn ghosts into the lobby screen to inflict jump scares on streamers enjoying a moment of rest. While the game is a horror game designed to cause a scare or two, these kinds of unexpected scares are more confronting and can cause genuine distress for the players experiencing them.

I really love phasmophobia but having some dude hack the lobby and scare the shit out of us and be Genuinely creepy just ain’t it.

To the ass holes who found it funny to hack @KineticGame Phasmophobia huge fuck you. The first time it happened I was scared but mainly confused. The second time it was terrifying and made me immediately cry and burst into tears. I know I wasn't the only person, but just don't. pic.twitter.com/LvwiB4mnH6

You can see below how the hacks appear in game, be sure to turn your volume down before watching.

According to a post in the game's Discord server, Phasmophobia studio Kinetic Games is aware of the hacks, and is working on a solution. "We are aware that there has been a number of games that have been using third party tools (cheats) to modify the game. This includes changes such as increasing player limits, changing AI behaviour and simply increasing money or level," the announcement reads. "We cannot support this as it is causing a number of issues across the game, including the corruption of saved games and destabilizing the servers for other players."

Currently the devs have advised players to avoid modded lobbies as much as possible. "The easiest way to determine if a lobby is 'modded' is if it has more than 4 players," the update reads. "Other signs can also be unusual AI behaviour, teleporting, or even multiple ghosts."

A tweet from Twitch streamer 8Bit Dylan says that the hacks can be avoided by using the beta version of the game, according to a conversation with one of the game's developers.

Current fix is to go to the beta version of the game! The Dev helped me out via DM!

If you're after more horror games to play this Halloween, check out GameSpot's list of horror game recommendations. 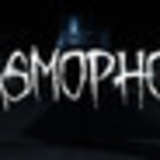