Phantasy Star Online 2 Switch Announced For Japan, Will Include Zelda: Breath Of The Wild Items

Wish upon a Phantasy Star.

The popular multiplayer RPG Phantasy Star Online 2 (first launched in 2012 on PC) now has a release date for a Nintendo Switch version, which was revealed during the latest Nintendo Direct livestream for Japan. However, those in North America and Europe will be disappointed to find out that (like all previous versions of PSO 2) the game will only release in Japan. The game was announced for Switch last year, but there is now a definitive release date: April 4, 2018.

The Switch version is called Phantasy Star Online 2: Cloud, and it will include equipment and costumes from The Legend of Zelda: Breath of the Wild. In the trailer below, you can see PSO 2 gameplay with characters wearing Link's normal clothing from Breath of the Wild and using the Hylian Shield and Master Sword.

In August of 2017, it was reported that both Persona 5 and Phantasy Star Online 2 were among the highlights for Sega's video game side of business for their fiscal quarter that ended in June of 2017. Despite being five years old at that point, Sega said PSO 2 continued to "perform strongly" and credited a "large-scale update." 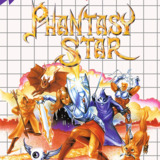