Sega's Phantasy Star Online charted new ground in the console space upon its release for the Dreamcast in Japan in 2000 as the first high-profile online-focused console game. With the game's 10th anniversary quickly approaching, Sega announced today as part of the 2010 Tokyo Game Show that a proper sequel to the game, Phantasy Star Online 2, will be available in Japan for PCs next year.

Details as to what gamers can expect from Phantasy Star Online 2 remain under wraps, though Sega did release a brief teaser trailer for the game on its official Web site. The Japanese-language teaser lacks any footage of the game, as it merely positions today's announcement as a homage to the original Phantasy Star Online's 10th anniversary.

As detailed in GameSpot's first look at the game from TGS 2010, the biggest new addition to the portable title will be cooperative multiplayer for up to four--a feature that harkens back to the original Phantasy Star Online. Otherwise, gamers will experience similar action to Phantasy Star Portable 2, as gamers hack and slash their way through environments that recall both fantasy and sci-fi tropes.

Sega did not indicate whether Phantasy Star Online 2 or Phantasy Star Portable 2 Infinity would see release in the West. US reps of the publisher had not responded to requests for comment as of press time. 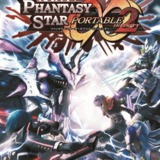