Last week, Microsoft announced a new anime compilation based on its popular sci-fi series Halo. Unfortunately, the weekend also brought news that one of the most anticipated cross-media projects based on the multiplatinum series will never see the light of day. Speaking with game blog Joystiq, Lord of the Rings director Peter Jackson said his long-awaited mystery Halo project, rumored to be called Halo Chronicles, fell apart nearly three years ago. 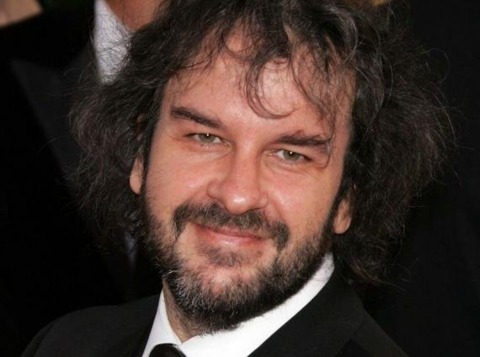 "That Halo project is no longer happening; it sort of collapsed when the movie didn't end up happening," said the filmmaker, apparently referring to the film's indefinite suspension in October 2006.

Though Microsoft had not commented on the project's cancellation as of press time, Jackson outlined the reasons behind the project's collapse. "Microsoft has a whole strategy with the Halo property, and when the rights expired with the two studios, that sort of ended my involvement with the project. That fell apart because of internal politics at Fox and Universal. It had nothing to do with the budget or anything else. In fact, we hadn't even been greenlit at all at that point."

[UPDATE] Speaking to the Los Angeles Times yesterday, Jackson's manager Ken Kamins said while Halo Chronicles essentially imploded in 2006, the final plug wasn't pulled until just this past January as part of Microsoft's company-wide downsizing. The still-officially-unacknowledged Halo massively multiplayer game was also an apparent casualty of the cuts--as was its rumored developer, Ensemble Studios.

"They were scaling back everything, including the number of Halo games, and it just made sense at that point," he said. "Once The Hobbit and Tintin got going, they really cannibalized Peter's time and ability to oversee any Halo games."

[UPDATE 2] On Tuesday, Microsoft belatedly acknowledged that work on the project, which it referred to as "Halo Chronicles" for the first time publicly, was at a standstill. "Microsoft Game Studios is deeply committed to supporting and strategically growing the Halo franchise, and our relationship with Peter and his team is something that we greatly value," read its statement. "Given the bandwidth of both of our companies we’ve decided to put this joint effort on hold and prioritize resources against other projects like Halo 3: ODST, Halo: Reach, and Halo Legends."

Jackson's comments echoed those made on Friday by Neill Blomkamp, the unknown director whom Jackson tapped when he was executive-producing the Halo film. At Comic-Con promoting his forthcoming cerebral sci-fi film District 9, Blomkamp aired an appreciation of the Halo universe, which was the inspiration for several live-action shorts he made to promote Halo 3. However, he also expressed bitterness about the Halo film's unraveling, which he would forgo signing back onto, should the project ever emerge from the turnaround.

Jackson, who is executive-producing District 9, also discussed the merits of games versus movies with another expert on both subjects, director James Cameron, who showed off footage of his sci-fi epic Avatar at Comic-Con. The pair praised games as offering a more interactive option for entertainment during a period where the quality of big-budget films is declining. However, they agreed that games don't yet carry the same emotional resonance as films. "As much as I love video games, you don't cry during video games," declared Cameron.