The new London-based satellite office will "adopt and recreate local football culture that will ensure the long-running series is kept fresh and exciting," according to Konami. The Japanese firm will be recruiting staff for the new studio at the Games Developer Conference Europe, the mid-August industry conference that precedes Gamescom in Cologne, Germany.

With the Tokyo team's PES 2013 scheduled for release this autumn, a secondary team dedicated to "high-end consoles" might turn its attention to the next generation of games machines, given that the Wii U launches this winter, and Sony and Microsoft are expected to unveil their efforts next summer.

The football franchise will be looking to recover ground lost to rival series FIFA. Though last year's PES 2012 performed solidly for Konami, it debuted in the UK sales chart at five, while FIFA 12 charted at number one and outdid PES's first-week sales several times over.

Konami president Shinji Hirano talks up the new UK studio as an initiative to capture "the majesty of European football," saying that “these are hugely exciting times for the PES series." 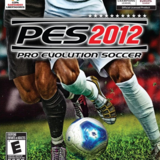