15 of the 24 competing teams will be authentically represented.

With the Euro 2016 tournament scheduled for this summer, Konami has now announced plans to release content based on the competition for PES 2016. On March 24, Konami will launch special Euro 2016 content for free across all consoles, featuring officially licensed kits, a stadium, and more.

Come launch, players will find a Euro 2016 option available from PES 2016's main menu. From there, players can compete as any of the 24 qualified teams, though only 15 of them will feature the official player likenesses and kits. The other nine teams will wear generic uniforms.

All 24 teams are listed below, while those in bold are the officially licensed squads (via Game Informer).

PES 2016's Euro 2016 mode also features the "full iconography and presentation" of this year's tournament, including the Stade de France stadium (pictured above). The real-world tournament runs June-July in France, culminating with the finals at Stade de France.

Konami also pointed out that the Euro 2016 content is free only for people who own the "full" version of PES 2016, meaning the game's free-to-play PS4, PS3, and PC editions do not qualify.

Finally, Konami said it's planning some new promotions for PES 2016's myClub mode to go along with the Euro 2016 tournament. One arm of this will be "new Euro Special Agents that allow key players that are performing well in the competition to be recruited for use within myClub."

Additionally, physical copies of Euro 2016 in Europe will come with access to an Ambassador Agent, seven Euro agents (representing the 24 qualified teams), and 10,000 GP each week for ten weeks. 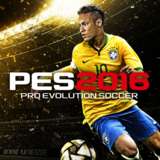