The musou action game is finally launching outside of Japan on PS4, Nintendo Switch, and PC.

Persona 5 Strikers, the Dynasty Warriors-style spin-off of the acclaimed JRPG, is launching in the West nearly a full year after the game’s Japanese debut, according to a leaked trailer.

The gameplay trailer, which was posted and quickly taken down by developer Atlus, reveals that the musou action title will launch on February 23. Atlus acknowledged the leak on its Twitter account and website, promising more information would be released on December 8. The publisher said "all will be revealed" that day.

Our communications have been intercepted by the Phantom Thieves.

Strikers had already been announced for PS4 and Nintendo Switch, but the trailer also reveals that the game will be coming to Steam at launch, too. Atlus previously launched Persona 4 Golden on Steam earlier this year.

Persona 5 Scramble was released in Japan in early 2020, with the game name tweaked for the Western release. It takes place six months after the events of Persona 5, with the game’s heroes reuniting in Tokyo for summer break before having to take up their identities as the Phantom Thieves once more. The English cast has returned for Strikers, so prepare to be reacquainted with some familiar voices.

Strikers looks to retain the same visual flair as the PlayStation exclusive, which is only one part of a bigger fantastic package. In our 10/10 Persona 5 Royal review, editor Michael Higham wrote, "By refining what was already great and building on its best qualities with a brilliant new story arc, Persona 5 Royal asserts itself as an unforgettable and empowering RPG that should be recognized as one of the best games of our time." 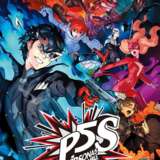