Persona 5 Royal is set to launch in the West next month, and along with this revamped version of the original RPG are some changes to existing, questionable dialogue. During a preview event in which I was able to get hands-on with P5R, I spoke with senior project manager Yu Namba who has played a significant role in Persona's localization going all the way back to Persona 2: Eternal Punishment. He confirmed that some problematic dialogue from the original version of Persona 5 has been changed.

In Persona 5, there were two gay characters who would harass Ryuji at specific points in the game for short, inconsequential scenes. However, those characters were "portrayed [as] more like predatory," as Namba himself said. "I think the community had a very strong response to that, and you saw that, and that was definitely altered for Royal," he confirmed.

Now Playing: Why Persona 5 Royal Should Be Worth Your Time

"As a localization manager, I really cannot do too much about what has already made it into the game," Namba admitted when asked about his capacity to make changes. But in regards to the localization team's response to the original portrayal of those characters, Namba stated, "Our team members felt a little bit of awkwardness about when working on it. And with Royal, we were determined to see if we could do something about it at least localization-wise."

It wasn't an easy task according to Namba, saying "On our end, it took a lot of effort consulting not just the production department, but talking with our marketing, and how they would feel about it if we changed how things were in Persona 5 to this new way--what would the public reception be, what the company would think, whether it would be okay if we do make the change."

I followed up by asking how these scenes and dialogue were changed, to which Namba responded, "It's not a significant change, but I think there's enough of a change that people who weren't comfortable going through that part in Persona 5 would feel better this time around." He continued by explaining the way in which the characters are now portrayed, saying, "In Royal--I don't want to say we made it mild--but we made it [as if they're] being very strong enthusiasts for something they like doing. But it's not like they're on the hunt for some young boys or anything."

Since these scenes were not included in the preview of P5R, we're not entirely sure how they play out or how they compare to the Japanese version. As for the Atlus localization team, Namba concluded, "I think we're pretty happy with what it is."

For more on the upcoming revamped RPG, be sure to read my in-depth preview of Persona 5 Royal. And you can read my full interview with Yu Namba to see how Persona has evolved in the West during his 20-year tenure. 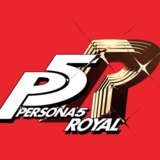