Persona 4 On PC Was A Big Success, So Expect More Sega Ports

Persona 4 Golden has sold over half a million copies on Steam, so Sega plans to port more games to PC.

The success of Persona 4 Golden on Steam has prompted Sega to consider porting more of its catalogue to PC in the future. The critically acclaimed JRPG has sold over half a million copies on Steam since its release on June 14 and is considered a very good port.

As spotted by Persona Central, Sega Sammy recently held an investor Q&A after releasing its first-quarter financial results for the period between April and June 2020. With strong sales numbers for the PC launch of Persona 4 Golden, one investor asked if the company has any plans to sell newly released games on Steam as well.

"Because of [Persona 4 Golden's] critical acclaim and its low selling price, sales were much stronger than expected," answered Haruki Satomi (President and Group COO) and Koichi Fukazawa (Senior Executive Vice President and Group CFO). "We will continue to actively promote porting previously released titles to Steam and new platforms. We are also negotiating with platform holders for new games in the future, and we're considering ways to sell under favorable conditions for each title. Among them are measures such as preparing PC versions of the titles from the beginning, with multi-platform releases in mind."

This internal shift is likely to result in more Sega ports arriving on PC, particularly from Persona developer Atlus. Catherine, the studio's adult-flavored puzzle game, launched on Steam in January 2019, and Sega's latest stance means we could potentially see Persona 3 and Persona 5 hit PC at some point in the future, along with any upcoming games Sega has in the pipeline.

We're already seeing evidence of this shift later in the year, when Yakuza: Like A Dragon launches on PC, PlayStation 4, and Xbox One on November 13. Previous games in the series have taken longer to make their way to PC, but it appears as though this won't be the case going forward. 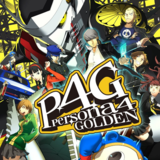