Consumers have been at war with publishers the last few years. Through online passes, downloadable content, preorder bonuses, and other such nonsense, we've become accustomed to the nickel-and-diming it takes to play the latest games. But once we go through all the hoops, we should be able to play what we purchased for as long as we want. Yesterday, Electronic Arts announced that it is once again depriving us of this most basic element of the publisher/consumer relationship. We have no guarantee that our purchases will be backed up down the road, and I find that downright sickening. 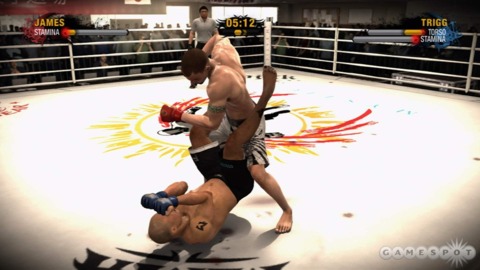 Guess which fighter represents EA and which consumers.

More than a dozen EA games are going to have their online plug pulled. The list includes Burnout Revenge, Create, and other games that have a strong online component. The specific games that were cut is not the point, though. It's a problem no matter which games lose their online functionality. Money is the bottom line, and Electronic Arts doesn't believe it's worth investing resources into smaller user bases. Not only is the matter of community size completely irrelevant to people who want to play the games they purchased, but it's a problem that Electronic Arts brought on itself.

Microsoft runs the servers for the vast majority of Xbox 360 games. Publishers pay a fee for this privilege, and then Microsoft ensures that the online components function appropriately. But Electronic Arts doesn't want to relinquish control to another company--you have to log in to EA's servers to enjoy online festivities. Although this is an annoyance, the situation is still acceptable. EA wants to have direct control over its products and has assumed the financial obligation that this entails. In fact, if you read the user agreement that comes with every game, you can see that EA is legally allowed to cut online service. However, this isn't an issue about rights; it's about responsibilities. And when push comes to shove, EA has walked away from its duties.

We have no guarantee that our purchases will be backed up down the road, and I find that downright sickening.

In a statement released yesterday, Electronic Arts explained that the affected games make up less than 1 percent of its active user base. That sounds like a small number, but then you have to consider that there are millions of copies of EA-published games out there. That 1 percent could represent a sizable number of players. But even if just a handful of individuals want to team up in the downloadable adventure Spare Parts (released just 14 months ago), shouldn't they have that option? If online play is a part of the package, stripping it away dilutes the experience.

Just as troubling, one of the affected games requires an online pass to experience multiplayer. EA Sports MMA (released 17 months ago) required an extra fee (if you bought it used) to get the whole game. And now its online portion is being cut. What happens to the people who shelled out $10? One of the reasons it was possible for players to accept the idea of an online pass in the first place is that the fee presumably went toward server costs. Well, that theory has certainly been debunked. Why would anyone willfully shell out extra money to go online when that ability could be yanked at a moment's notice?

There's a chance that you, like me, don't often go online with your games. However, don't think that you're exempt from this practice just because you'd rather dive into a single-player adventure. The Saboteur (a darn good World War II espionage game) has had some of its content cut. Granted, The Midnight Club (The Saboteur's online content) was mostly the source of cheap titillation, but that's beside the point. If you paid for that game, you should have access to every element of it. Electronic Arts has ensured that such a basic principle should not be assumed anymore. 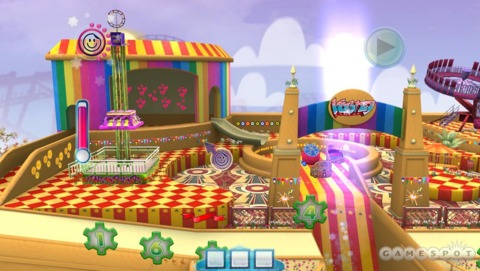 You can share your imagination in Create. Or at least you could before.

The question remains: How far is EA willing to go? You might scoff at this article now because you have yet to be impacted. Maybe you play Battlefield 3 every weekend with your friends. Considering the popularity of that military game, you have no worry of online being removed today. But how long will that last? As sequels trickle out and the user base dwindles, there's less incentive for Electronic Arts to continue support. When a few thousand steadfast players continue playing Battlefield 3 instead of moving on to newer entries in the series, EA could pull the plug on your fun. We have no idea when it will decide to remove online capabilities, and we have little recourse when it happens.

Ultimately, the only power we have is the money in our wallets. Electronic Arts is directly responsible for one of my favorite franchises (Mass Effect) and has published incredible and decidedly niche games that many publishers wouldn't have taken a risk on in the first place (Alice: Madness Returns and Shadows of the Damned). I love certain things that EA does. But seeing its arrogant disregard for its fan base gives me pause. It's hard to support a company that doesn't support you.