Emperor's Testament is an expansion to one of the most innovative--and underappreciated--real-time strategy games of 2004.

Perimeter: Emperor's Testament is an expansion pack that we didn't expect. Sure, 2004's Perimeter was one of the more unique and interesting strategy games in recent years, but it also failed to make much of a dent with consumers. Still, that hasn't stopped developer KD Lab and publisher Paradox with pushing ahead with the series, and so we have this upcoming expansion. We got our hands on a work-in-progress version of the game to see what's new.

If you're unfamiliar with Perimeter (and odds are you are), it's a real-time strategy game with a fairly complex science fiction premise. Basically, humanity needs to find a new planet to inhabit, and the only way to get there is via giant frames (floating cities) that can cross the galactic distances by traveling through dimensional bubbles. Not only must these factions battle one another in these dimensional bubbles, but they must also battle the Scourge, a malevolent force that has the ability to take the form of whatever your fears may be. In one dimension, the Scourge may appear as giant insects, while in another the Scourge could be a fire-breathing dragon.

The gameplay in Perimeter is unique in a number of ways. For instance, the game's primary resource isn't something that you mine or collect. Instead, the key resource in the game is land, and you must constantly terraform the world in order to make it suitable to construct buildings on it. You can make hills and mountains disappear, while filling in canyons and valleys. This kind of terraforming is possible thanks to the game's engine, which gives Perimeter a very distinct look from nearly every other game on the market, as the terrain has a very organic look to it.

Emperor's Testament looks to be a fairly straightforward add-on to Perimeter, and the story in the expansion picks up shortly after the events of the core game. Unfortunately, it doesn't seem as though the already complex narrative of Perimeter gets any easier to understand. In fact, judging from what we've seen in the work-in-progress version that we've been playing, it's downright strange. As best as we can tell, the Sponge emperor creates or discovers a "mechanical messiah" that discovers a chain of psycho-sphere worlds. This will introduce the "lost" Exodus frame into the narrative. Yeah, it's a bit weird, but all you really need to know is that this is just an excuse to play more Perimeter.

The overall core gameplay of Perimeter remains pretty much unchanged in Emperor's Testament. You usually start with your frame and a couple of build units. Your first task will be to start terraforming the nearby land in order to make it usable, and then construct energy cores, research labs, defenses, and more. Energy cores are critical, since they not only power your facilities, but they're also needed to power your frame. These energy cores can also erect a temporary energy shield that can keep out all attackers; however, the amount of power that the shield uses is so exorbitant that it will drain your power reserves, and when you run out of power, the shield drops.

A lot of the strategy in the game revolves around trying to figure out how to create a chain of energy cores across the map, so that you can move your floating frame from one point to another in order to teleport to the next dimension. Of course, if there's an enemy faction between you and your objective, you have to deal with them. This can involve anything from creating artillery positions where you can shell the enemy buildings to creating military units to smash them. You don't build regular military units, however. Instead, you create soldiers, officers, and technicians, and depending on the research labs that you've built and upgraded, you can then take different combinations of these units to "morph" into powerful tanks, artillery guns, rocket launchers, and more. The interesting thing about this method is that you can morph these vehicles into different vehicles depending on need, so if the enemy comes up with a counter to your current tactics, you can simply transform your army to a new type of weapon. 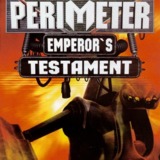