Sure, there aren't games called Graffiti Cleanup 3 or Operation Read to Orphans, but that doesn't mean that gamers don't know how to give back to the community.

Penny Arcade, a Web-based comic about gaming, is holding its third annual Child's Play charity event to help out children's hospitals across America and Canada (hospitals in the UK will join the list soon). Generous citizens can head to the Child's Play Web site, select one of the participating locations, and order toys and games directly from each location's Amazon.com wish list. Cash can also be donated through PayPal.

The Entertainment Software Association and Sony Computer Entertainment America are teaming up for their own show of good-heartedness. The two companies today announced the ESA Charity Pack, which is a three-pack of PlayStation 2 games for $19.95. Proceeds from the pack will go toward the ESA Foundation to support positive programs for American youth. 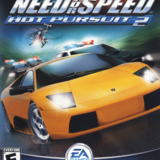