NCSoft's PC MMO Blade & Soul continues to attract new players. The developer has announced that the free-to-play game has now passed 2 million players in the US and Europe. The game launched in the west on January 19, reaching 1 million players after its first week.

Blade & Soul is supported by microtransactions, but NCSoft has not provided any details regarding the business performance of the game.

As part of its effort to continue to support Blade & Soul with new content, NCSoft also announced that the first major content update, Rising Waters, is now available. It includes three new pieces of "challenging" max-level PvE content that you can get into after beating the Vice Admiral Poharan boss.

The Rising Waters update also kicks off Blade & Soul's PvP preseason event. For lots more on Rising Waters, including its patch notes, you can check out this post on the game's website.

Blade & Soul was released in Korea and China back in 2012. 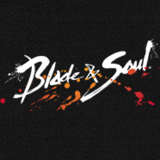