PC military shooter Insurgency is coming to consoles, Focus Home Interactive and developer New World Interactive announced today. The new version is called Insurgency: Sandstorm and will launch on PlayStation 4, Xbox One, and PC sometime in 2017.

The Middle East-set FPS is described as a "gritty, visceral combat experience" with first-person gameplay "as immersive as it gets." The original PC game was developed using the Source Engine, but Insurgency has been "completely rebuilt from the ground up" using Epic's Unreal Engine 4.

In addition to multiplayer, Sandstorm features a new story mode, though no other details were divulged.

Insurgency began its life as a Half-Life 2 mod and has gone on to become something of a hit, saving sold 2.3 million copies. The game sells for $15 on PC, though pricing for Sandstorm was not announced. 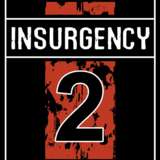