EA has announced that it is considering a PC remaster of some of the Command & Conquer games. Command & Conquer Rivals is still scheduled for mobile platforms, but EA wants to respect the long-time fans of the franchise who played the original games on PC.

"Following the reveal of Rivals, we heard you loud and clear: the Command & Conquer community also wants to see the franchise return to PC," wrote EA producer Jim Vessella in a Reddit post. "And as a fan of C&C for over 20 years, I couldn't agree more. With that in mind we've been exploring some exciting ideas regarding remastering the classic PC games, and already have the ball rolling on our first effort to celebrate the upcoming 25th Year Anniversary."

The original Command & Conquer first released on PC in 1995 and celebrates its 25th anniversary in 2020. Vessella's post hints that EA already has something planned for the anniversary in the works, but whether or not it's a remaster of the original game remains to be seen. Vessella's original post implies more than one of the Command & Conquer PC games will be remastered, but did not reveal if each title would be released separately or in one collection.

In the comments section of his Reddit post, Vessella wrote about definitive details about the remaster if it does come to be, focusing on answering people who wanted to know if the game would have loot boxes or purchasable time savers. "We will not be adding any microtransactions to a C&C Remaster," he wrote.

Every Command & Conquer game, from the 1995 original to 2012's MMO Command & Conquer: Tiberium Alliances, is playable on PC. Even without counting spin-offs, there are nearly a dozen games. 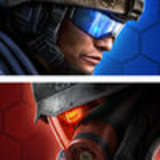