More than 80 percent of the activated copies were pirated.

Punch Club developer Lazy Bear Games has reason to celebrate after the indie boxing game sold 300,000 copies. However, the celebration might not be as big as you think, as the game was pirated over 1.6 million times across PC and mobile devices.

Publisher TinyBuild announced the numbers in a press release, in which it stated that analytics had been planted into all versions of Punch Club to determine how many copies of the game had been pirated. The number currently sits at 1,137,000 on PC, Mac, and Linux, while mobile sits at 514,000 pirated units--Android devices account for 90% of the mobile piracy.

The publisher also shared data on the "impact of localization." When it localized the game in Portuguese, it saw a stark increase in activations in Brazil; unfortunately, the number of sales in Brazil remained stationary.

In the end, pirated copies amount to more than 80 percent of the total activated copies. We compiled TinyBuild's statistics and graphs into on easy-to-view picture below. You'll want to click it to see all of the details.

The Punch Club publisher says "it's hard to deny [piracy's] impact." The company noted that using DRM to protect against it is often "horrible for the paying customers." TinyBuild added that it should have "enabled cross-platform saves on launch."

"This way people who pirated the PC version may have converted better into buyers on mobile or vice-versa," the publisher said.

Punch Club made headlines earlier this year when Twitch was tasked with beating the game; once the Twitch community completed the indie boxing game, it was released for sale on Steam. 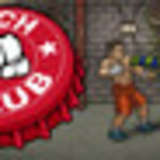