Developer Starbreeze signs a €50 million deal with Koch Media that means the game is fully funded.

Payday 3 is still coming, and now we've learned that developer Starbreeze has cut a deal with Koch Media where Koch will pay €50 million ($59 million USD) to assist with the game's development and marketing. This mega-deal spans development of the base game and more than 18 months' worth of post-launch support, as Payday 3 will embrace the games-as-a-service model.

Thanks to this investment, Payday 3 is now "fully financed," Starbreeze said in a news release. The game isn't releasing anytime soon, however, as it's slated to debut in 2023 on console and PC.

The news release also mentions that Starbreeze remains the owner of the Payday IP. The franchise has proven to be extremely successful with 28 million "installed base games" so far. You can see a new image of Payday 3 above.

"We are excited to announce this exclusive long-term Payday 3 co-publishing deal with Koch Media who shares our passion for the Payday franchise and the games as a service model," Starbreeze CEO Tobias Sjögren said. "We now have a strong foundation for a successful launch of Payday 3."

Koch Media CEO Klemens Kundratitz said, "Based on what we’ve seen already, Payday 3 is going to take the franchise to new heights and will delight Payday fans as well as new audiences alike with innovative multiplayer gameplay."

Payday 3 was originally announced back in 2016 when Starbreeze acquired the franchise for $30 million. Starbreeze had faced difficult financial times in recent years, so this new deal is likely a positive development for Payday 3 and the company overall. 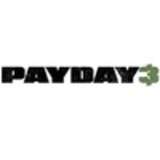