Starbreeze acquires Payday rights for $30 million and announces next game in the series.

[UPDATE] Developer Overkill Software says in a video address that Payday 2 is doing away with its controversial microtransaction system. Additionally, Overkill will continue to support Payday 2 with new content for at least 18 more months.

Swedish publisher Starbreeze today announced that it has fully acquired the rights to crime game franchise Payday, paying around $30 million for it. Additionally, Payday 3 has been confirmed as part of the announcement.

When the deal goes through, Starbreeze will get the "full rights to the Payday franchise" for all future "developments and commercialization." This includes Payday 2 and Payday's mobile versions.

A press release issued on Monday explains that Starbreeze will get "full net revenue" from Payday 2 on Steam retroactively from May 1. As for the console versions of Payday 2, Starbreeze and 505 Games will continue to split the revenue, as was the case before.

"Furthermore, 505 Games will retain a 33 percent revenue share of Starbreeze's net revenues from future sales of Payday 3 capped at $40 million, and after Starbreeze has fully recouped its development and marketing costs," the press release said.

No further details on Payday 3 were shared.

"Payday is very close to my heart, and has laid the foundation for Starbreeze success in recent years," Stabreeze CEO Bo Andersson Klint said in a statement. "We're very excited to bring our heisters home to the safe house. To start with, we believe in the continued success of Payday 2 and will support it for at least another 18 months continuing expanding the game."

The Payday series debuted in 2011 for PC, coming to console later. Across all platforms, the Payday franchise has reached 14 million players, Starbreeze said. 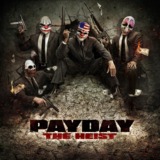