Paradise Lost Sees You Explore Grief, Both Personal And Societal

In Paradise Lost, you play as a 12-year-old boy who explores an underground Nazi bunker in an alternate reality where the Allies lost World War II. 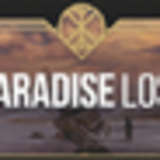 There's an unnerving air of mystery to Paradise Lost, a game that sees you explore an abandoned bunker that once housed a group of Nazis before becoming home to the Polish rebels that overthrew them. In this first-person adventure game set in an alternate timeline, Germany won World War II, nuking the Allies and plunging most of western Europe into a nuclear winter.

I had the opportunity to sit through a brief demo of Paradise Lost alongside game director Bogdan Graczyk and producer Chris Panas-Galloway. As I watched protagonist Szymon puzzle his way through the bunker, Paradise Lost slowly began to reveal small narrative threads that Graczyk and Panas-Galloway promise will connect in unforeseen ways going forward, all culminating in a story that's about grief--both personal and societal.

"In this godforsaken world, [Szymon] lived with his mother and his mother dies one day, and that leaves him all alone and with no real good idea on what to do next," Graczyk explains to me. "That's when he finds this photo, and that's when he realizes that the search for answers of where he came from, how he ended up [on his own], and what's the answers behind the mystery of his mother might help him cope with the loss."

Paradise Lost is structured to reflect the five stages of grief, with each level of the game both figuratively and literally representing each stage as Szymon works through the trauma of losing his mother. You'll first play through his denial, then anger, bargaining, depression, and, finally, acceptance. It's an emotional process that traditionally takes weeks or months, sometimes years of time in the real world, but developer PolyAmorous is condensing it into a matter of hours in order to fit the pacing of the game.

"For dramatic reasons, it might not be the most realistic pacing," Graczyk admits. "There is a sense of epicness in this journey because it begins in a different place spatially. It's a long way for Szymon to get to the bunker, which we're not necessarily showing, but it sets this specific mood. The empty bunker is also a character. And this journey, each story is also, as I said, thematically connected to the grief, but on a different level--the grief of the world, like there's a lot of broken dreams and horrific things happening in this world."

"We're based in Warsaw, Poland," Panas-Galloway added. "So, we've lived in the midst of the history of the aftermath of the Second World War. A lot of the places here--for people that have connections to them and their families--serve as genuine catalysts for really strong emotional experiences. If you've ever come with a Jewish person to Auschwitz, they'll have very strong reactions a lot of the time because there's just so much emotion tied up in the stories that they've told each other of the generation. So this [bunker] is that to Szymon, it's a catalytic place. It's something that will trigger something in him after the loss of his mother--that's the way we're staging it."

I wasn't able to see how this would play out during the demo, though both Graczyk and Panas-Galloway spoke about how Paradise Lost would react to player's choices as they navigated Szymon's emotional journey through the game. As you navigate Szymon's grief, you'll be getting a glimpse into what happened to the group of Polish rebels that once occupied the bunker and how they dealt with their own grief. The technology of the bunker is interwoven with a mysterious, Slavic paganism, allowing your actions in the present to be reflected in the past, which then result in effects to the present.

"You make the decisions that the bunker's system have already made to solve the problems, so it actually has different outcomes," Graczyk explained. "The monument [seen in the demo] can have different variance based on the outcome of the insurgency and based on the players' decisions. It's like a hidden interactivity where you're reshaping the past of the bunker, and it has an influence on the gameplay portion."

He continued: "It's not any kind of time travel or reshaping the past. It's rather that the events recorded by those systems are recorded via the perspective of the AI systems that were controlling the bunker. So there's like a [sentient artificial intelligence] behind it--the moment that Szymon is experiencing those past events, we let the player become the actual AI from the past and make those calls."

You won't be making these decisions in a vacuum--discovering small details, leftover notes, and discarded correspondence will provide context to the world around. In this way, you're encouraged to get as much out of Paradise Lost's story as you're willing to put into it. And that, in turn, ties back to the game's message about grief. How you choose to interact with the world and understand Szymon's grief will inform your ending--there are more than one, and your actions will determine which you get.

Panas-Galloway added: "All the endings are equally valid. We left it really up to the player, how they experience Szymon's story. The game is about perspectives on the past and on the present, and if you want to explore those perspectives and try to understand the world in a different way, then yeah--you're encouraged to replay and find out what they are."

I, for one, will be combing through the bunker in Paradise Lost with a fine comb once it comes out--the small tidbits of lore that I got to see in the demo are already intriguing enough for me to want to see the whole campaign through. It was, admittedly, a very small 15-minute chunk of the game so who knows how well the rest of the experience holds up, but the demo left off at what seemed to be a cool revelation and if Paradise Lost can maintain that sense of mystery and imbue it with a satisfying story about dealing with grief, then I think it will turn out to be a pretty good game. You'll have your chance to play through Paradise Lost later this year, as the game is scheduled to launch for Xbox One, PS4, and PC in 2021.

Switch Outsells PS5 And Xbox Series X In The US, Top 20 Best-Selling Games Revealed For August