Panzer Dragoon: Remake Is Coming To PS4, Xbox One, And PC

After launching on Switch earlier this year, the classic on-rails shooter is now coming to other platforms.

Publisher Forever Entertainment has announced that Panzer Dragoon: Remake is coming to PlayStation 4, Xbox One, and PC. The studio has yet to announce a release date for the console versions of the game, only saying that the Xbox One version is arriving a little later than the rest. The remake launches on Steam and GOG on September 25.

Panzer Dragoon: Remake originally debuted on the Nintendo Switch back in March of this year, reviving the 1995 Sega Saturn classic for a new audience. A PC version was announced in October 2019, but that was the last we heard of it until now, as Forever Entertainment recommits to bringing the remake to PC and other platforms.

Panzer Dragoon: Remake will be soon available on additional gaming platforms!
📢First up: Steam, GOG, and PlayStation 4📢
Follow us to get the latest news about the Panzer Dragoon games 🐉 pic.twitter.com/kRduv1NmGl

Mark this date - September 25th, Panzer Dragoon: Remake will be available on #Steam!
Add game to your wishlist to make sure you're on time ⏰🐉 pic.twitter.com/YMGLAxSYOm

Part of this silence on the publisher's behalf may be due to the mixed reaction it received on Switch. Since then, developer MegaPixel has released a patch that makes huge improvements to the game and reintroduces several missing features. Presumably, any new content and gameplay changes will feature on other platforms at launch.

The Steam store page describes it as "a new, remade version of the Panzer Dragoon game--true to the original, with improved graphics and controls, that suit modern gaming standards!" The on-rails shooter centres around dragons and corrupt empires in the years following a cataclysmic war. It was initially unveiled during a Nintendo Direct briefing at E3 2019. 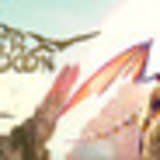