A new trailer for Palworld has been released online, showing more of the game's colorful world, Pokemon-inspired creatures, and how you can use a sawed-off shotgun to subdue them.

Described as a multiplayer game with survival-crafting mechanics in a vast world, the new trailer showcases a quick look at how you'll explore the land, use your Pals to build structures for you, and how to make wild Pals faint with an arrow to the head--possibly permanently.

Once you've captured a Pal, you can put them into indentured servitude where they'll happily--on the outside--build structures for you, or you can lock them in a factory where they'll spend the rest of their days on an assembly line putting automatic assault rifles together.

Palworld's developer PocketPair still hasn't revealed a release date yet for the Pokemon With Guns game, but according to its Steam page, it'll be out sometime in 2022.

For other charming games coming out soon, you can tune into the Wholesome Direct livestream this year. June is shaping up to be a busy month for new reveals as multiple publishers will be showing off their wares, and you can keep an eye on GameSpot's Not-E3 Press Conference schedule to see when you can watch them. 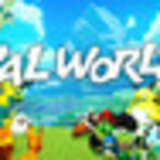