The GameSpot AU series that looks at Australia&#39;s top development companies continues this month with Transmission Games. Formerly IR Gurus, the company has come a long way since its humble beginnings in 1996. We chat to the company&#39;s CEO, Mike Fegan.Transmission Games was founded in 1996...

The GameSpot AU series that looks at Australia's top development companies continues this month with Transmission Games. Formerly IR Gurus, the company has come a long way since its humble beginnings in 1996. We chat to the company's CEO, Mike Fegan.

Transmission Games was founded in 1996 as IR Gurus by Andrew Niere, Craig Laughton and Ian Cunliffe. The company started based on an idea from Laughton's sister to create the world's first PC horse game specifically for girls.In hindsight, this was an ambitious move," Fegan said. "Horse games were unheard of back then and female game players were also a rare commodity."

The idea slowly took hold and the small team began work right away, gathering as much money as they could and outsourcing some production. The end result was Mary King's Riding Star, released in 1997. Riding on the success of this game, IR Gurus was then approached by Acclaim Entertainment, who commissioned the first of eight AFL sports simulation games for Australia and three Gaelic Games titles for the Irish market. The studio officially changed its name from IR Gurus to Transmission Games on the first day of 2008, signifying a new brand image and strategy. 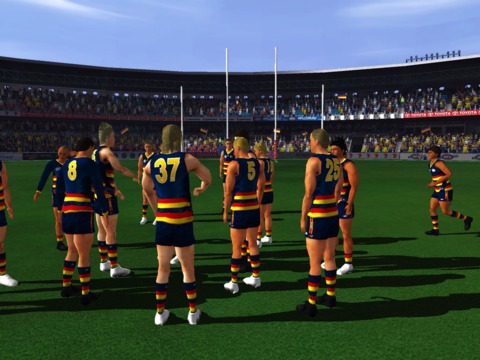 Transmission Games found success in the local market with their popular AFL games.

During its 12 years as a growing development studio, Transmission Games has gone on to sell over one and a half million units of horse equestrian games and over one million units of sports games. The company today employs over 135 internal staff and is currently working on four new generation console titles. "I think the company has changed in response to the industry," Fegan said. "We started out as a small developer working on niche titles, but as our reputation grew and we started developing our own IP, we had to meet the demands of an increasingly expectant audience. To cater for our growth we've had to put more corporate mechanisms in place, but we still try to maintain that casual, fun culture that the business was built on."

During its time in the Australian developer market, Transmission Games has worked on a number of successful titles, including Ricky Ponting's Pressure Play, Equestrian Challenge, Heroes of the Pacific, the AFL games (from 2002 to 2007) including AFL Premiership 2006 and AFL Premiership 2007, Gaelic Games Hurling and Gaelic Games Football 2. Developing games for both the Australian local market and international markets has given the studio a competitive advantage. "We have found more success overseas, but for the most obvious reason--it's a much bigger market. In building the AFL games we knew it was a small market comparatively, and even with limited resources we threw everything we could at the games to ensure gamers got a good experience from the titles," Fegan said. 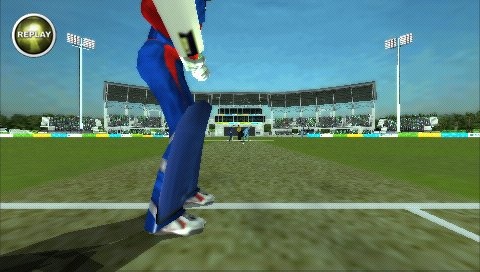 Ricky Ponting's Pressure Play is just one of the Transmission Games sporting titles.

Transmission Games has worked with publishers including Sony, Codemasters, Atari and Ubisoft, and, according to Fegan, the studio has had the most success in the US and UK markets with Heroes of the Pacific. This year Transmission Games has been the victim of some misleading press regarding the development of the upcoming 2009 title Sin City, the game adaption of Frank Miller's acclaimed graphic novel. In late August 2008, publisher Red Mile Entertainment announced it would be pulling the title from Transmission Games and presenting it to another developer. Fegan sets the record straight.

"The cancellation of Sin City had absolutely nothing to do with Transmission Games," he said. "We were tracking along nicely, but as is sometimes the case in this industry, our publisher had some internal issues that affected the production of the game. Given their situation, and to keep Transmission Games from getting caught up in it, it was better for us to halt production on Sin City and look for other opportunities."

As part of the Australian development industry and a member of the Game Developers Association of Australia (GDAA), Transmission Games has been working hard with other developers to rectify the current skills shortage and bring about awareness of the industry. Fegan says the studio is currently working with state and federal governments as well as numerous educational institutions around Australia to indentify the skill shortages, which he believes exist in programming, art content creation and game design. "I think the educational institutions need to tailor their curriculums to better suit the local industry's needs so the new guys hit the ground running," he said. "Like most of the studios around the country we currently have vacancies in these production disciplines and are actively seeking out new hires both locally and overseas. We currently have over 14 nationalities employed in the Transmission Games studio so we truly are like Australia, a multicultural society all unified in the passion of making great games." 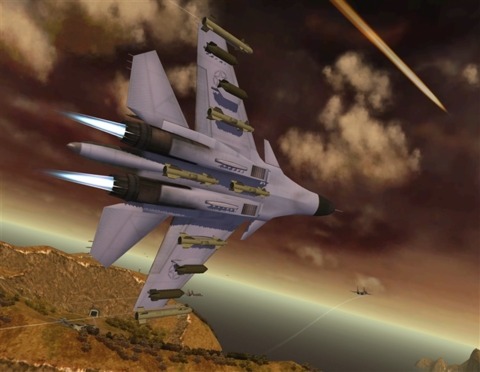 Heatseeker was the first Transmission Games title to be released on the Nintendo Wii.

Fegan believes the Australian market is small but passionate. He says an indication of this is the shared camaraderie between the local development studios, which are competing against one another at the same time as trying to build a unified industry.
"We have a few challenges being in Australia, the tyranny of distance being one of the big ones. But that same distance gives us a unique perspective and style, one that Australians are famous for globally. I think we have all built a viable industry in Australia off the back of our sheer hard work and survival instincts."

"We've seen this translate into some games, but I think will become more prevalent in time. As the industry grows and content demands get stronger I think the opportunities to develop and publish locally will definitely present themselves."
Fegan says that he has had good experiences with Australian gamers to date, but he is of the belief that they should have more faith in the local industry, which is suffering what he terms "cultural cringe". "That said, when the local gaming communities go to bat for you, it's with an enthusiasm you don't see in many other places in the world."

Transmission Games currently has no plans for expansion, citing its strong production slate and current development team as reasons for staying put. The studio is currently working on Heroes over Europe for 2009 and will announce a new title shortly, to be released at the end of 2008.