GameSpot AU&#39;s March developer is THQ Studio Australia, or Studio Oz. Established by THQ in 2003, Studio Oz employs over 80 staff and has worked on titles in franchises like Jimmy Neutron, SpongeBob SquarePants, and Avatar. We spoke to director of production Jon Cartwright who revealed some...

GameSpot AU's March developer is THQ Studio Australia, or Studio Oz. Established by THQ in 2003, Studio Oz employs over 80 staff and has worked on titles in franchises like Jimmy Neutron, SpongeBob SquarePants, and Avatar. We spoke to director of production Jon Cartwright who revealed some interesting insights into the daily life of a development studio, and dropped some hints about Studio Oz's next project. 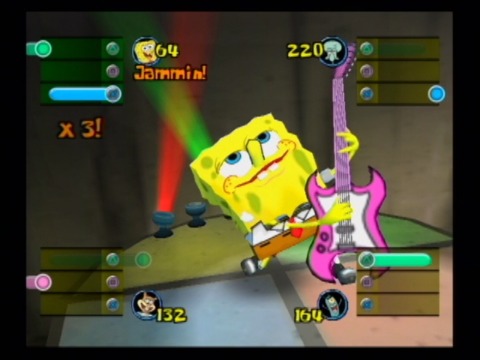 THQ Studio Australia was founded in 2003 with THQ grabbing the opportunity to do business in Australia and utilise the game development talent pool in Brisbane as well as the low cost of operations compared to the United States. Studio Oz was started by Roy Tessler, Steve Dauterman, and a small core team who left other local studios and began working for THQ in Australia on a Jimmy Neutron title. Cartwright joined the team as the director of production later on. It now employs over 80 full-time staff, plus various contractors on a case-by-case basis.

"It started around a kitchen table, and we're about to move into our third office now," Cartwright said, indicating how the studio has grown since its beginnings. "Our first titles were developed using RenderWare, but since then we've formed our own tech team and we have our own proprietary tech. This has been a great step for us in being able to customise it exactly how we want it. We're not a bureaucratic company, but in the time I've been here we have focused a lot on developing processes for development rather than approaching things in an ad hoc manner." 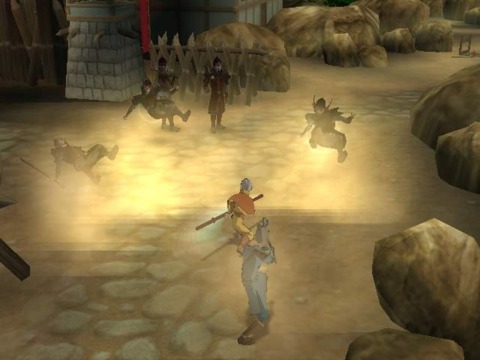 Cartwright admits that as the studio's budget has grown so too has the ambition of its staff. Working exclusively for THQ, the studio has had most success with its first Avatar title, Avatar: The Last Airbender, which shipped over 1 million units worldwide. Cartwright says that while he loves working in Australia, the US continues to remain the biggest market for all Studio Oz games.

"The US market is much bigger than the Aussie one, and the majority of our games are developed with that in mind," he said. "That said, everything we've worked on has been very mass market, so it gets released here without problem. There is certainly money to be made on the Australian market, particularly with the ever-increasing popularity of the Nintendo Wii and DS, and the widening of the market. People who wouldn't consider playing games even two years ago are now buying games.

"What I enjoy most about being an Australian developer and working in the Australian market is beer o'clock in the studio--that never happened when I worked in the UK! Seriously though, it's all about the people you work with, and I've been very lucky to work with some very talented and passionate people out here."

"They play games. Some of them multitask and drink beer at the same time; it's a valuable life skill."

When discussing Australia's future in the worldwide game industry, Cartwright says we are still attracting investment from publishers, whether it's fully fledged dev studios or projects that publishers place with independent studios.

"We have almost always had an advantage with the exchange rate and cost of operation when compared to either the US or the UK. But we have to keep increasing the quality of what we're delivering; cost isn't all that matters. So whilst there's a lot of belt tightening the world over for developers and publishers, I'm very optimistic about the future of the industry here in Australia. I wouldn't be here if I wasn't." 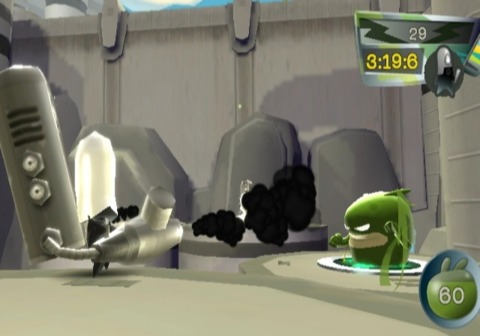 Cartwright says original Aussie IP like DeBlob will be more prevalent in the future.

Cartwright says that with more downloadable titles on XBLA, PSN, WiiWare, and the iPhone, there is an increased potential for Australian studios to develop their own IP.

"There's a history of original products coming out of Australia way back to what Beam did on the Spectrum all those years ago. DeBlob started out as a student project in Europe, but Blue Tongue took the concept and made it into a critically acclaimed Wii game. Doesn't that count?"

The problem, as always, remains the skills shortage facing the Australian industry. But Cartwright says complaining about it is a waste of time.

"We've established links with the local universities to try to help their students prepare for a career in the industry, pointing them in the right direction on what skills we're looking for and so on. The parents are always glad to hear me say that there is a proper living in making games. I think it's a big fear for parents that their kids are chasing impossible dreams and won't be able to pay rent or whatever. My university laughed at me when I graduated and went off to write Spectrum games, so I understand it. We also started an intern program the other year which has been very successful for us, and indeed for our first batch of interns who we all employed."

Studio Oz's future looks bright, from a bigger office space in May to work on a couple of different titles for release in 2010. One will be a Wii exclusive, and another cross-platform title on PS3, Xbox 360 and the Wii.

"You'll hear about it all when the time is right!"