Oxenfree Dev's New Game, Afterparty, Is Coming Out Next Month

Can you out party the ruler of the underworld?

Night School Studio, the developer behind the much-beloved choice-driven adventure game Oxenfree, has provided a release date for its next game, Afterparty. Just in time for Halloween, the comical adventure game about two friends barhopping across hell will release on October 29.

Much like Oxenfree, Afterparty is a story-driven game decided by player choice. As best friends Milo and Lola--you can switch between the two any time you want--you've found yourself trapped in hell with no idea as to how you got there. Though hell is a never-ending party of drinking and clubbing, the two desperately wish to return home. There's only one way out though: you have to defeat Satan in a drinking contest.

As you continue to explore hell and work your way to Satan's home, you'll encounter demons and other condemned human souls who have their own problems. Talking to them presents you with new quests to complete and decisions to make, and there's actually no way to do it all in one playthrough. Depending on what you decide to do, the relationship between Milo and Lola will change and your perspective on what's best for them will alter as a result. "By the end of the night, you'll have created your own story arc for Milo and Lola," Night School Studio co-founder Sean Krankel wrote in an Xbox Wire blog post. "Will they escape hell? Do they even want to escape if they're having fun?"

Along the way, you can stop in a bar to have a drink, with each concoction altering your stats in certain ways--like making you more aggressive so you can pull off more impressive insults during an argument. Just be sure you don't drink too much. "Get too drunk, and you'll vomit up your conscience," co-founder Adam Hines said in an interview with the Los Angeles Times. "The conscience is a little character and you have to chase him around. Until you get him back, every choice you have is awful, very selfish, and narcissistic."

Afterparty is a day one Xbox Game Pass launch title, but the game is also releasing on PS4 and PC on October 29. A Switch version is scheduled for a later date. 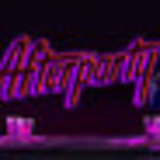