Outlast 2: Listen To Sample From The Horror Game's Eerie Soundtrack

The first-person horror series Outlast returns this year with a sequel, Outlast II, on the way for PlayStation 4, Xbox One, and PC. GameSpot's review of the original praised its sound design, and it seems like the sequel is shaping up to deliver in that department as well. Today, GameSpot can reveal two tracks from the game's soundtrack, which was composed by Samuel Laflamme, who returns from the 2013 original.

The tracks below, including the Main Menu theme and "Corn Field Chase," have an eerie, tense, and ominous sound to them, certainly fitting given the subject matter. Listen for yourself through the Soundcloud embeds:

You play as Blake Langermann in Outlast 2. You and your wife, Lynn, are investigative journalists who are looking into the "impossible murder" of a pregnant woman. The game is set in the Arizona, where you will uncover some horrible things and a "corruption so profound that going mad may be the only sane thing to do."

Outlast 2 is developed by independent studio Red Barrels, which also made the first game. The studio was founded by developers who worked on the Prince of Persia, Uncharted, and Assassin's Creed franchises.

Originally planned to launch at the end of 2016, Outlast 2 was delayed to early 2017. A new release date has not been announced yet. 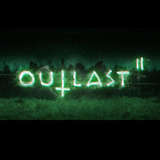