Outer Wilds Is Coming To Xbox Series X|S And PS5

The Nintendo Switch version is still in the works, too.

Outer Wilds was one of the best games of 2019, and it's soon going to be available on even more platforms. Xbox Series X|S and PS5 versions are in the works, and it's actually only going to be a few more months before you can play them.

Announced during the Annapurna Interactive Showcase on July 28, the new-gen versions of Outer Wilds will run at 60fps on both Xbox Series X|S and PS5. They'll be available on September 15, and you can see them in action in the trailer below.

What won't be ready on that date is the previously announced Nintendo Switch version. Developer Mobius Digital assured fans this version is still in the works, but it's not ready for primetime just yet.

Outer Wilds first launched for Xbox One in PC in May 2019 before releasing for PS4 a few months later. The main game was followed by an expansion called Echoes of the Eye, which launched last September. In our Outer Wilds review, Alessandro Barbosa said each expedition in its time-looping story is "incredibly personal and absolutely unmissable." 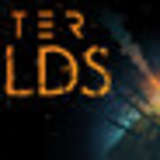