Our Favorite Gaming Hardware From Gamescom 2012

Gamescom isn't just about the games. Hardware manufacturers dotted the convention halls with impressive, futuristic, and, at times, unconventional kits, for consoles, PCs, and mobile devices. Mark Walton and Peter Brown give a rundown of a few of their notable finds from the show floor and from behind-the-scenes demos at this year's Gamescom.

Peter: One of the first bits of hardware I got my hands on was Roccat's Power Grid. To be accurate, the Power Grid is actually an app for iOS and Android devices, transforming them into veritable PC peripherals. It's functionally similar to Razer's BladeUI, offering customizable macros and shortcuts.

The nice thing is that you don't need to purchase any extra hardware if you own a supported smartphone, and the app itself is completely free. Unlike with Razer's BladeUI devices, you aren't forced to position it on the same side as your mouse hand either.

Mark: App schmap. What people really want is a sexy piece of hardware, and if it happens to look like it was designed by someone high on crack and with a strange sexual attraction to Transformers, then all the better. Enter the Mad Catz S.T.R.I.K.E. 7, a keyboard that by all accounts is completely and utterly mental. For starters, look at it.

It's the sort of thing 12-year-old me would do a little wee over, with all of its sharp angles and jaunty wrist rests that peek out from the bottom. They're not just for show either, as the entire keyboard can be split into two pieces for comfort, or if you only want to use the number pad section with a laptop, for example. Of course, the real draw is the touch-controlled LCD display that lets you launch games and applications, deploy custom macro commands, monitor chat windows, control your media player, and a hell of a lot more. And seriously, did I mention it looks insane?

Peter: Give the people what they want, not what they need, right? There's elegance in simplicity, my friend. Schmap the app all you want, but at least it won't lead to ridicule from your peers and loved ones. One of my personal highlights of the show was the Oculus Rift VR headset, which might make you look like a fool in the company of non-gamers, but at least you won't have to look at their confused, judgmental faces while using it.

You may have heard of a device that John Carmack has been carting around as of late, but let it be known that the headset is actually the work of Palmer Luckey, a youthful hardware guru with a history in military-centric engineering. It's still in the prototype phase and completely handmade, but its performance doesn't reflect its tape and glue exterior. I was unfortunately ill-fit for its 3D offset settings during our meeting (an easy fix), but the first few minutes with the device and Doom 3 were stunningly immersive. Some have criticized the low-resolution displays within the headset, presumably because they don't add up to 1080p, but once you begin to move around in-game, frantically combating oncoming enemies, any lack of visual clarity is unrecognizable; convincing immersion will do that to a fella.

Mark: Hey dude, the '80s called, and they want their tech back. VR--seriously? It didn't work the first time, and it sure as hell isn't going to work now, no matter how impressive you think it might be. No, what the people need is technology grounded in world-worn, super-solid military hardware that they can use at home. After all, if it's good enough to use while you risk getting shot, it's good enough for late-night WOW sessions.

Plantronics, the company that supplies the military, aviation manufacturers, and even NASA, unveiled the Gamecom Commander, a 7.1 surround headset that looks like it could withstand a nuclear bomb. And that actually isn't too far from the truth, with the headset using the exact same parts and design as the company's military range, albeit with some consumer-friendly additions such as improved sound, a microphone, and multiple connectors to hook it up to your PC. Of course, that sort of hardware isn't cheap, and at £249 ($299) it's approaching the price of high-end audiophile headsets, never mind gaming ones. But hey, it is limited edition, and as soon as that's slapped on something, you know it's worth it. 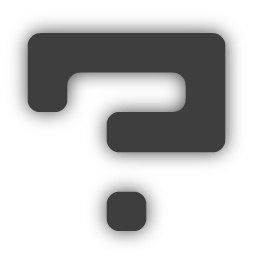 I unfortunately can't talk about the last piece of hardware I saw at Gamescom…much. Let's just say that a popular manufacturer of video game capture hardware is weeks away from releasing a USB-powered HD capture device that supports a wide range of resolutions, maxing out at 1080p/30fps. One of its key features is built-in TwitchTV streaming, negating the need for an intermediary device or application. It's priced competitively, especially considering the video editing software that's included in the box. It will hit the market in late September, and we'll be able to reveal more once it's officially announced.

Mark: For once, Peter, you might actually be onto something--that sounds pretty good--but if we're going down the road of innovation, then pro peripheral maker SteelSeries has got something very special in the works. That something is a portable Bluetooth controller designed explicitly for use with mobile games on iOS and Android.

While similar devices have been or are going to be released by other manufacturers soon, SteelSeries' take is by far the most impressive. It might be small, but it packs in a full D-pad, shoulder buttons, four face buttons, and two full-range analog sticks. This thing seriously creams the competition when it comes to build quality and the feel and responsiveness of the sticks and buttons. Hopefully SteelSeries can convince the mobile development community to support the device (and for some genres, they really should) before it hits store shelves this October.