Hollywood scribe Steven E. de Souza knows bad movies. Occasional hits like Die Hard and 48 Hrs. aside, the writer and producer's career has seen an abundance of critically panned stinkers, including The Flintstones, Judge Dredd, Hudson Hawk, and Beverly Hills Cop III. But arguably the worst received production he's ever been involved in is his writing and directorial effort Street Fighter, the 1994 Jean-Claude Van Damme action flick based on Capcom's beloved series of fighting games. 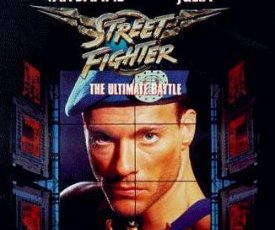 Some 15 years after that movie made its infamous mark, Capcom is taking another stab at turning its flagship franchise into a feature film with next year's Street Fighter: The Legend of Chun Li. And with the bar set so low from the first outing, it's of little surprise that many are expecting a better movie--including de Souza himself.

Speaking to MTV Movies Blog, de Souza said the new film's focus on just one character from the series should address many of the problems with the original production.

"When we were making the original one, they insisted that all of the characters be in the movie," de Souza told the blog. "And if you do the math, that gives you about seven minutes per character if you split it up equally."

In addition to the entire existing cast from the Street Fighter series, de Souza said he was made to include yet another character--Captain Sawada--partway through the making of the film. Original PlayStation and Sega Saturn gamers may remember Sawada from the film's game adaptation, the misleadingly titled Street Fighter: The Movie. Already distressed at having to cram so many characters into one film, de Souza said he begged at the time to be allowed to put off some of the appearances for "the sequel."

Street Fighter: The Legend of Chun Li will star Kristin Kreuk in the title role, with a supporting cast featuring Michael Clark Duncan as Balrog, Neal McDonough as M. Bison, and Chris Klein as Nash. Directing the project is Andrzej Bartkowiak, the man behind the lens on Doom and Cradle 2 The Grave. 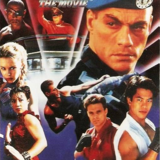