One of the original Sonya Blade has taken to social media to retrieve an item stolen 25 years ago.

A former actress for multiple Midway games--including Sonya Blade in Mortal Kombat 3--has turned to social media to retrieve an item stolen 25 years ago.

Kerri Ann Hoskins recently posted a $250 reward for a helmet she wore while playing Vallah in the Nintendo 64 fighting game War Gods. According to Hoskins the helmet was stolen from the coat check at E3 1996, and she's willing to pay to get it back.

Friends! 25 yrs ago, my #Vallah helmet from #wargods was stolen at coat check at #E3 @conventioncenterla
Time for Vallah to come home. I’m offering a $250 REWARD for its safe return, no questions asked.
Please share!#kerrihoskins #kerrianngallery #gamer #cosplay #comiccon pic.twitter.com/bj6S2LYOOu

"Vallah was the most laborious costume I had done for Midway," Hoskins said in response to a request for comment from GameSpot. "For Vallah's helmet, they actually casted my head for a perfect fit. The artist did an amazing job at sculpting out the features."

Hoskins recounted to GameSpot what she remembers of the day the helmet was stolen, saying that it was on the last day of the convention, during a celebratory dinner party thrown by Midway in the convention hall. Hoskins had attended the party still in costume and checked the helmet at the coat check before sitting at her table.

"When I returned to retrieve [the helmet], it was gone," Hoskins said, "[The attendant] had the helmet on a shelf in the closet. Anyone walking by could've seen it."

Hoskins is hopeful that through the power of social media she is able to retrieve the stolen helmet, saying that she'd one day like to pass it down to her kids. When asked what she would say to the person in possession of the helmet should they read this, she responded simply. 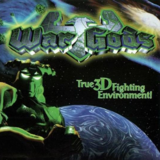