Xbox Game Pass is getting another big game at release.

Microsoft has announced that Ori and the Will of the Wisps, the sequel to acclaimed Xbox 360 titles Ori and the Blind Forest, will be available to Xbox Game Pass subscribers when the game launches in 2019. Those that have an active membership for the Microsoft service will be able to play the game at no additional cost.

Now Playing: Ori And The Will Of The Wisps Adds Weapons And More To The Excellent Platforming Formula | E3 2018

This announcement was made during X018, a fan event celebrating all things Xbox. During the show, Microsoft also confirmed that Ori and the Blind Forest is making its way to Xbox Game Pass in December, so you can play the first game in the series ahead of the sequel's launch.

For those that aren't subscribed to Xbox Game Pass, Microsoft is offering a discount from now through January 3. During this period, membership will be available for $1 during for the first month. Xbox Live Gold subscriptions will also be discounted to $1 for the first month, so with both you'll be set up to download a variety of games and take them online. This is a good deal if you've had your eye on Forza Horizon 4 or State of Decay 2, which are two multiplayer titles released recently.

Ori and the Blind Forest launched in March, 2015. In his review, Kevin VanOrd awarded it a 9/10. "It's important, however, not to mistake Ori and the Blind Forest for being simply beautiful," he said. "It certainly is--but it is also unceasingly clever. It consistently surprises you with new tricks: gravitational divergences, new ways to move through its spaces, and carefully designed levels that require you to think quickly and respond.

"It is not as snappy as, say, a typical Mario platformer, seeking instead a broader gameplay arc stretching across a single, interconnected world. It's a superb and thematically consistent approach that allows Ori and the Blind Forest to build joy on a bed of heartache, adding a new layer of mechanical complexity with each ray of hope." Read the full Ori and the Blind Forest review for an in-depth analysis of it. 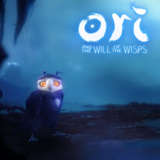 Ori and the Will of the Wisps
Follow
$27.99 on Walmart
Buy