Fullbright co-founder Steve Gaynor said that games like Mass Effect and Firewatch acted as points of reference for Open Roads. 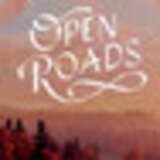 Open Roads is the third game from Fullbright, the developer that's made a name for itself with its narrative-focused exploration games Gone Home and Tacoma. For its third game, the studio is changing things up by introducing a partner for you to travel with--in this case, protagonist Tess' mother, Opal. This conceit opens Fullbright to implementing interactivity into the act of dialogue itself instead of the player being a passive observer to conversations.

"I think that the games that we look at as points of reference are pretty familiar in how they're branching, dialogue-based games," Fullbright co-founder and Open Roads director Steve Gaynor told me. "Firewatch is definitely a point of reference, games like Mass Effect are relevant in the sense of there's this flow in the game where you're exploring, you might find something of interest, and then you interact with it."

Even though you're following both Tess and Opal, Open Roads is entirely from Tess' perspective. It's up to you to draw your mother into the journey to discover the truth behind the mysterious past of Tess' grandmother. Your mom may be the literal driver on this road trip, but you must figuratively push the journey forward by opening up a dialogue. In this way, Gaynor compares Open Roads most heavily to a game like Firewatch, where the outcomes of a conversation are dependent not only on what you say but how you say it.

"Most of the dialogue in the game is based on finding something," Gaynor said. "So it's sort of like the walkie-talkie in Firewatch--you find something, you pick it up, you look at it and then you have the ability to say, 'I want to talk to mom about this.' So, in a lot of ways, finding more [clues] gives you access to all sorts of conversations that you just never would've had otherwise. And then there may be cases where, in more central dialogue, there are actually additional options that open up, like "Hey, remember that thing we found before." But if you didn't find it, you don't have that option."

He continued: "We want to lean into that 'Opal will remember that,' so you make choices in dialogue throughout the game that may affect how Opal reacts to you later. Not in the sense that it will send you off on this whole alternate version of the game, but you can react to things in a certain way that later down the road--depending on what you've chosen earlier--you might choose a dialogue option where [Opal] is just going to not be having it because of how you reacted earlier."

How dialogue connects to what you find allows the developers at Fullbright to maintain a focus on exploring a space when telling a story. Dialogue may be the primary way that determines how Tess and Opal's relationship evolves over the course of the game, but the items you choose to interact with will affect the overall campaign as well. Finding something on one leg of your road trip may inform how Tess reacts to something else found later in the game, or create a correlation that Opal is able to draw a conclusion from.

This does mean that, yes, you can miss out on things while playing through Open Roads. The intent isn't to make players think that they may run the risk of missing out on something crucial and getting an incomplete story. If you play through the game, you'll get the same ending that everyone else does--you can't miss the major story elements. But you can find additional information that provides further context to the story. Gaynor compares it to the story of Gone Home. Everyone who completes that game finds out what happened to your sister, but you can find additional clues in your family house that provide further context to the overall story, such as why your parents aren't around.

"Hopefully, if you look for more [clues], and you find more, and you piece more together, it enhances and supports that central narrative," Gaynor said. "We want to ensure that someone playing through Open Roads can get a satisfying resolution to that central mystery by following a certain breadcrumb trail of clues that will lead to the resolution, but if you play [the game] like a detective and try to find everything that you can and go into those discussions with Opal, it will give you more context for what you're finding."

He continued: "There isn't a checklist. We always want the game to be led by the player's interest and the player's attention. So we hope that we can make these places that are full of interesting stuff. And everything that you've found is because you wanted to dig deeper and you wanted to find everything that you could. You don't necessarily know what you've left behind, but your experience of the place is the one that you had."

Gaynor teased that adding another character to Fullbright's formula of storytelling is game changer, in fact a new member of the team told Gaynor that he "can't imagine going back to a Fullbright game where there isn't another character to talk to." We'll have to wait a little bit longer to see just how transformative the addition of a partner is to Fullbright's formula--Open Roads is currently slated to release for PC and consoles later this year.

Jordan Ramée is an associate editor on GameSpot's news team. He's been writing about video games for five years, cultivating a skill set that allows him to transform his unhealthy obsession of Mass Effect, Titanfall, indie games, and Assassin's Creed into what he would argue is compelling content (we won't tell him if you don't). Do not let him know that you're playing Hollow Knight--he will take that as a sign that you wish to talk about the lore for the next five hours.

Coming 2021
unreleased
You're Good to Go!